With Onion Prices Hitting the Ceiling, Festive Season May be Less Jolly this Year 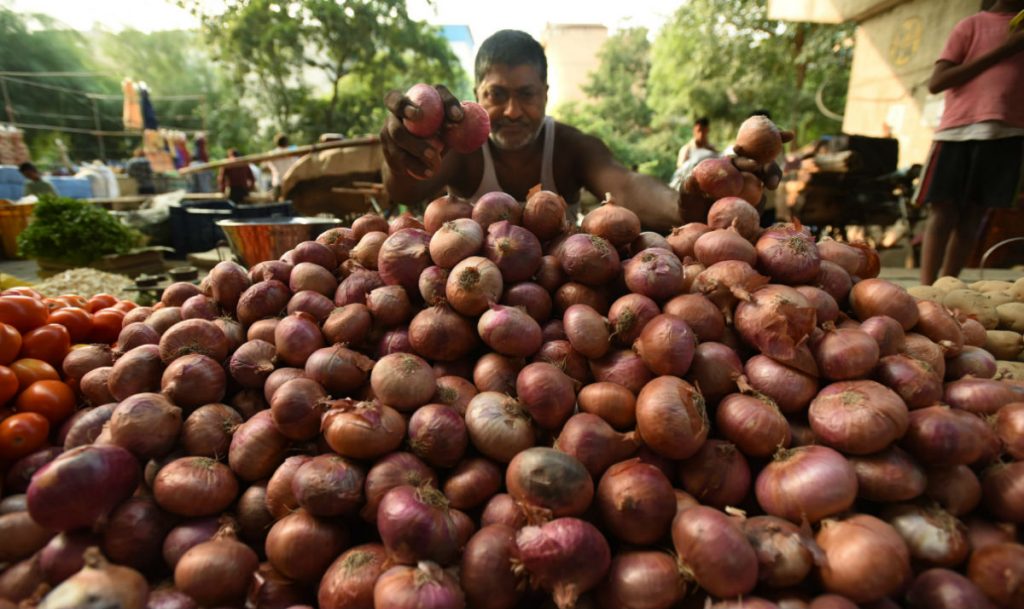 There is nothing more important in the kitchen than the onion as most of the recipes need a stint of onion and some of the important dishes cannot be prepared without the Onion. with the Onion hitting the mark of 150 rupees in the marketplace things would turn unpleasant during this festive season. Onion is supposed to be one of the most essential commodities and the government does not seem doing anything to control the prices of the same, but no one would leave an opportunity to play the politics over it.

According to the reports published in the TOI, the Onion prices have ht the ceilings with 150 rupees mark in the city market while the Government-assisted outlets such as Goa state horticulture corporation (GSHCL) trying to keep the prices as low as Rs. 100 per KG. According to the sources, the prices may not come down until the Mid-Jan next year, till the fresh stocks from the new harvest batch hit the markets.

“From our side, talks are on with onion suppliers from markets in neighboring states. They are locally sourcing the onions to supply to Goa. However, that stock is diminishing as well,” said GSHCL managing director, Sandeep Faldesai adding that there is a shortage  of onion stock at the weekly wholesale markets at Belgaum and Kolhapur which open every Wednesday. “As a result, the situation may be dire on Thursday. We are however continuously in touch with suppliers from other states to tackle the onion shortage in Goa,” he added.

Belgaum is the closest place that takes care of all the vegetable supply to Goa sourcing it from the Karnataka and Maharashtra and shortage of Onion in these regions affects the Goa Market. Ramesh Pawale, one of the vegetable suppliers from Belagavi who supplies onions to the GSHCL outlets said there was a serious shortage of onions in the Kolhapur, Maharashtra, market as well owing to which, traders like him are attempting to bring onions from Gujarat.

“The onion season in Karnataka starts in August and ends in November. What we have now, is leftover stock, which is of poor quality. In Karnataka, we have already lost 30% crop to the rains while the onion stock sourced from Maharashtra was ruined and developed fungus due to unseasonal rain. We are attempting to bring onions from Gujarat, but we cannot be sure of the quality,” Pawale said. 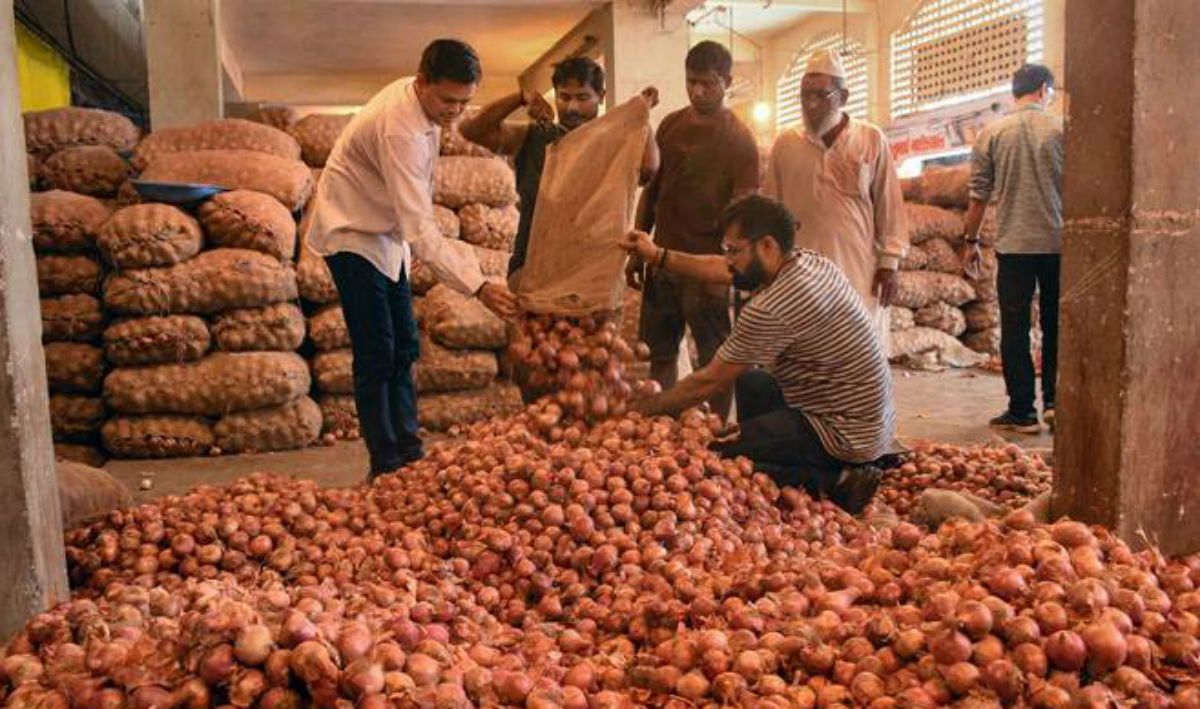 he also warns saying that ongoing shortage may further shot the price to Rs. 170 in the near future. “Going by the increasing shortage and long wait for the next season that will prevail only in January, onion rates in Goa are likely to escalate to Rs 170 in the coming days,” he added.

Another vegetable vendor in the Panaji market said that their sales have been hit badly due to rising prices caused by the short supply. The consumer has started changing buying patterns and picking up lesser quantity making the life of vendors more difficult.

“Customers are now purchasing only half kg instead of the regular 2-3kg of onions. Our business is affected as a result. Moreover, large portions of the stock are spoiled and poor-quality. We have an average of 100 kgs per day to sell, of which about 20 kgs needs to be discarded owing to spoilage,” Shaikh said.

To deal with the crises Government has decided to import the onion from Turkey. “We have been informed that onions from Turkey have landed in India, in the Mangaulru market. If that is the trend, the same onions will be distributed to all the markets in India,” Faldesai said.