Incredible Goa
Home FEATURE Top Five Bikini Beaches In Goa that Many of you May not... 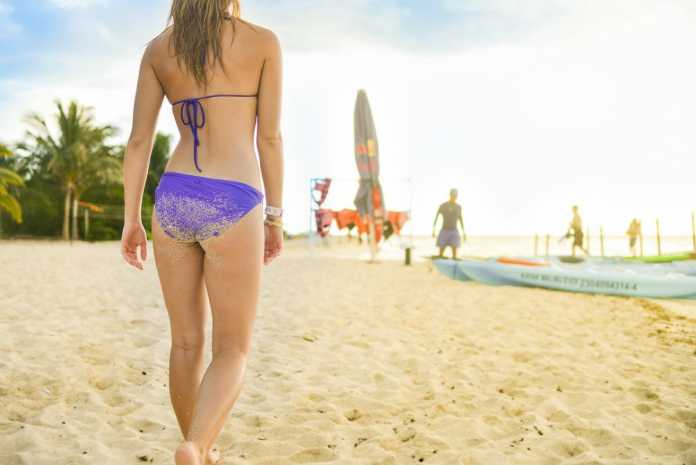 Goa is one of the most sought-after tourist destinations in the world, and it is also one of the tiniest states of India, which has an influence of western culture due to the 450 long Portuguese reign. Wearing the Bikinis (Beachwear) does not amount to any restrictions in Goa, and it is also one of the top Bikini Beach Destinations In India. The reason behind this is, unlike the other beaches in India, Goa give the complete freedom to the tourists to wear Bikinis, which is an ideal beachwear, and that too without heads turning at you. Although the bikinis are majorly used by the foreigners, things have started changing, and now even the Indians feels free to wear Bikinis on the Goan beaches.

Goa is the only place in India where you will find the balanced fusion of Portuguese and Indian culture. The Bikini beaches are not only famous for the foreigners wearing two-piece Bikinis, but there are numerous model shoots taking place in Bikinis. Goa bikini beaches are the charming destinations for bikini girls and models photos shoot.

In Goa wearing a bikini on the beach is a common swimsuit for all foreigner tourists, even Indian girls love to wear a bikini at the beach. There are dozens of famous beaches in Goa but here we are going talk about the top five Bikini Beaches which are mostly frequented by the Foreigners and Indian tourists.

Situated in the North Goa, Arambol is one of the most sought-after beaches by the foreigners, especially the Russians. In fact, this beach come into the limelight due to the frequent flocking Russian tourists, who started shifting here from the other beaches of North Goa like Calangute due to the saturation. Once known for the fishing business, this village slowly transformed into the major tourist destination.

The reason behind this beach turning into the Bikini beach is due to its isolation from the mainstream. The foreigners prefer the quiet and isolated place away from the rush so that they can have a peaceful experience. You can spot hundreds of foreigners here donned in Bikinis and taking a sunbath on the beach.

Once you reach here, you can either take a stroll on this virgin beach or take a dip in the water and dry yourself on the sand. You can also spoil yourself with the various types of therapies that are offered here, such as meditation, yoga, martial art, and Reiki.

This place is also famous for the exotic food and relaxed nightlife with the Jam session and live music. if you get tired of this place then you also have the choice to take a walk to another destination called Keri beach and Terekhol Fort which is in close vicinity. Finally, the Arambol beach is one of the best Bikini beaches in the North Goa for Foreigners and Indian Girls.

This is the second beach in the north Goa which is famous for the Bikini Babes and Model Shoots. Situated next to the Famous Morjim beach this place is also filled with the Russian tourists. If you prefer to flaunt your body and hate individuals eye-balling, then Ashwem is that the beach to be.

The beach is a destination for bikini girls to enjoy, relaxed and mellow setting and doesn’t get too thronged. But for those Indian girls who feel shy to wear bikinis on the beach, Ashwem is a perfect beach to try. The water level of this beach is much safer compared to Calangute and Baga and you can swim into the water without the fear of getting drowned.

Just like the Arambol beach, this place is also famous for the night parties and rave parties. (The rave parties are not allowed legally) This is a virgin beach and secluded from the rush. overall the Ashwem beach counted in one of the perfect bikini beaches of Goa.

Anjuna is one of the famous beaches in the north Goa, and it came into the limelight after the case of Scarlett Keeling, a British Teenager, who was raped and murdered by the duo. Nevertheless, setting the dark part of it aside. this beach is one of the most secluded places in North Goa.

In fact, several years ago, this beach was famous for being one of the nude beaches in north Goa, but later on, due to the restrictions from the authorizers and ban on the nudity, it turned into the Bikini Beach. The Anjuna beach is not easily accessible as the other beaches in the North Goa, but despite that, people from various states flock to this beach.

Besides being the Bikini Beach, Anjuna beach is also famous for its unique Flea Market, which takes place every Wednesday, and this market is dominated by Russians, Nigerians, and Israelis. Most of the stuff here is sold by the foreigners. During the peak season, the famous trans parties take place here.

All the three beaches that we have mentioned earlier are situated in the north, but this one is in South Goa. There are not many beaches in south Goa that attracts the tourists to the North Goan beaches. The Majorda is famous amongst them. Reviewed on the trip advisor as one of the cleanest beaches in Goa, Majorda Beach is well known Bikini Destinations in India.

This place is known for being quiet and calm and, one can stretch out under the palm trees and relax after a dip into the water. The seashore offers complete satisfaction to the tourists in its idyllic and pleasant ambience.

The beautiful view of the azure water and golden sands spellbind every sightseer. Located 5 km from the Colva beach, Majorda has turquoise water, blue sky, soft sand, lush greenery and swaying palms that draw visitors from all over the world.

On this beach, you can spot many foreigners taking the sunbath and reading the books lying down on the sand. This beach offers perfect Bikini destinations for the tourists and an exotic Bikini Shoots destination for the photographers.

This beach also is known for its white and velvety sand which is rare in the north Goa beaches. It endows the visitors with a huge range of outdoor and indoor facilities that allow them to experience a proper holiday in Goa.

Palolem beach is one of the most exotic beaches in South Goa, very close to Karnataka. This beach is famous amongst the foreigners as they prefer the isolated beaches compared to the populated ones. Situated right on the border of Goa, this beach has its own identity. Almost a mile long beach is also known as a Paradise Beach in Goa.

Before the foreigners took over this place and converted it into the Bikini Beach, it was known for its inhabitants, the fisher-folks. The major plus point of this beach is its crescent shape, one can look at the entire beach from either of the ends.

It is one of the most offbeat beaches in Goa. The Palolem Beach features at the top of the list because it gives women the freedom to wear bikinis without being ogled at. The crowd at Palolem Beach is extremely safe, well-behaved, and polite.

Now that you know which are the famous Bikini Beaches of Goa, you may decide to visit all of them depending on your travel plans, and if you find any other beach that we have missed out from this article, please do let us know and we will surely update the same here. Also let us know how do you find this article, as your suggestions will help us to make future articles more error-free and comprehensive. 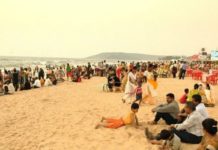 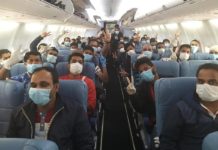 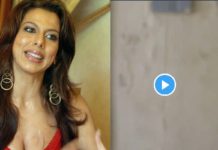 Pooja Bedi shares Video of a Quarantine facility in Goa, claiming People may get coronavirus at such a badly sanitised centre 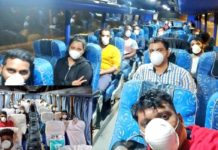