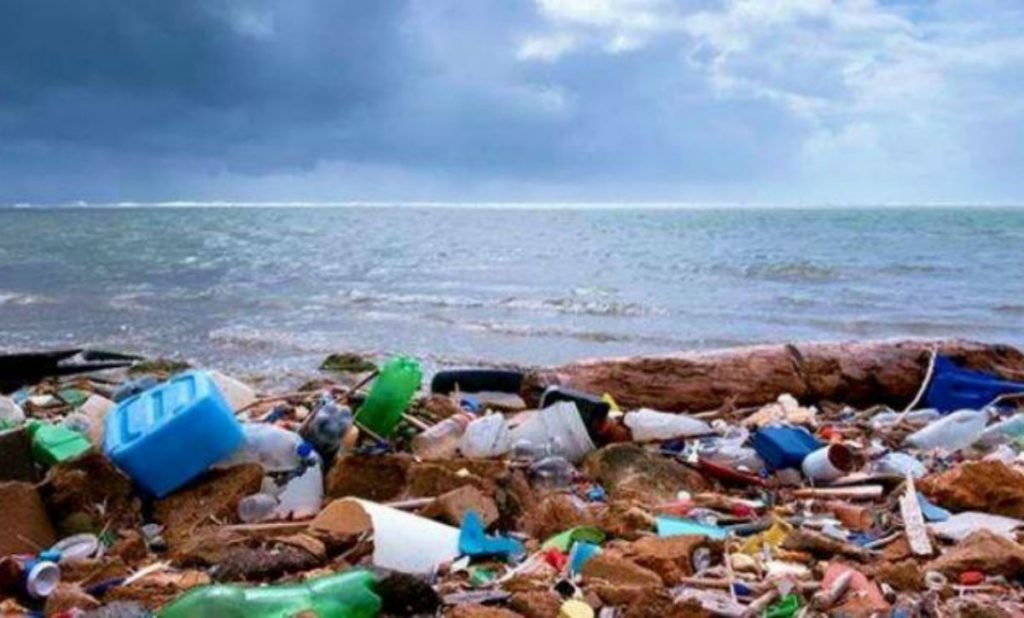 Goa’s pristine beaches have fallen prey to indiscriminate dumping of garbage on its shores, especially plastic items, and coconut shells.  With the onset of the monsoon and the rising tides, this garbage consumed into the seas becomes a threat to marine life.  Who is responsible for this mess and clean up?

The sight of garbage lying everywhere around the once pristine greenery and especially the beaches of Goa, is not only an ugly sight, bringing in its wake a host of health problems, but it is a huge cause of concern to the detrimental effect it has on our marine life.  Intermittent or temporary efforts to ally this problem have met with little success.

With the onset of the monsoons, as the sea level rise and consumes the garbage on its shores, marine lives, especially those of Ridley turtles, dolphins and porpoise is put at risk.

Speaking to the Times of India, program coordinator, Centre for Environment Education, Sujeet Kumar Dongre said, “During the rainy season when the tide goes up, all this plastic will enter the ocean and this is most dangerous to marine animals.”

Vagator beach, which is a heavy tourist destination, is one place in particular that is overloaded with garbage. According to sources, the partially concealed garbage is enough to fill three trucks. What is more alarming is that barely five kilometers away are two turtle nesting sites at Morjim and Mandrem.  The hatching season concluded in May and hatchling and moved into the sea.

According to an earlier report by Incredible Goa, the Tourism Minister has initiated a new WhatsApp number which will help the authorities to take action against the garbage menace created on the Goa’s beaches. And will be monitored round-the-clock by the Department of Tourism, Govt. of Goa

WhatsApp number will enable the general public to send information of the garbage dump/menace on the beaches of Goa along with the WhatsApp location. On the receipt of the information, the designated contractor will carry out the job of cleaning that beach within 24 hours of the notification and inform the same to the Tourism department.

As the garbage and promises pile up it remains to be seen how these beaches will be cleaned up and whether it will be before the imminent monsoons.