Goa presently facing one of the biggest issues and that is the so-called encroachments by the Non-Goans despite the facts that most of the businesses are handed over to non-Goans by the Goans itself. The recent reports on the six thousand Bars in the state are run by the non-Goan proves that statement.

The massive influx of migrants continues to plague the State and now Canacona residents have raised a hue and cry over original Goan shopkeepers being replaced by Non-Goans.

It has been revealed that that out of the 200-odd shops in Chaudi, more than half are owned by Non-Goans.  This has alarmed the residents of Canacona.

Despite its formation a few years ago, the Goan businessmen have been vanishing at a rapid rate, from the Taluka.

Diogo da Silva, the President of the Association, who is heading the movement to protect and promote Goan businessmen in Canacona says, “With things going out of hand we have to put an end to the dilution of Goan shopkeepers from the market in the Taluka.”

Da Silva also lamented about the nonexistent support from the government due to which they were being driven out of extinction. He also stated that complaints regarding unfair practices by Non-Goan traders have fallen on deaf ears.

He also pointed out to the fact that out of the 250-odd shops in selling different wars in Chaudi, 150 are run by Non-Goans.  “Show me any place in the world where outside shopkeepers are more than the locals,” he said. 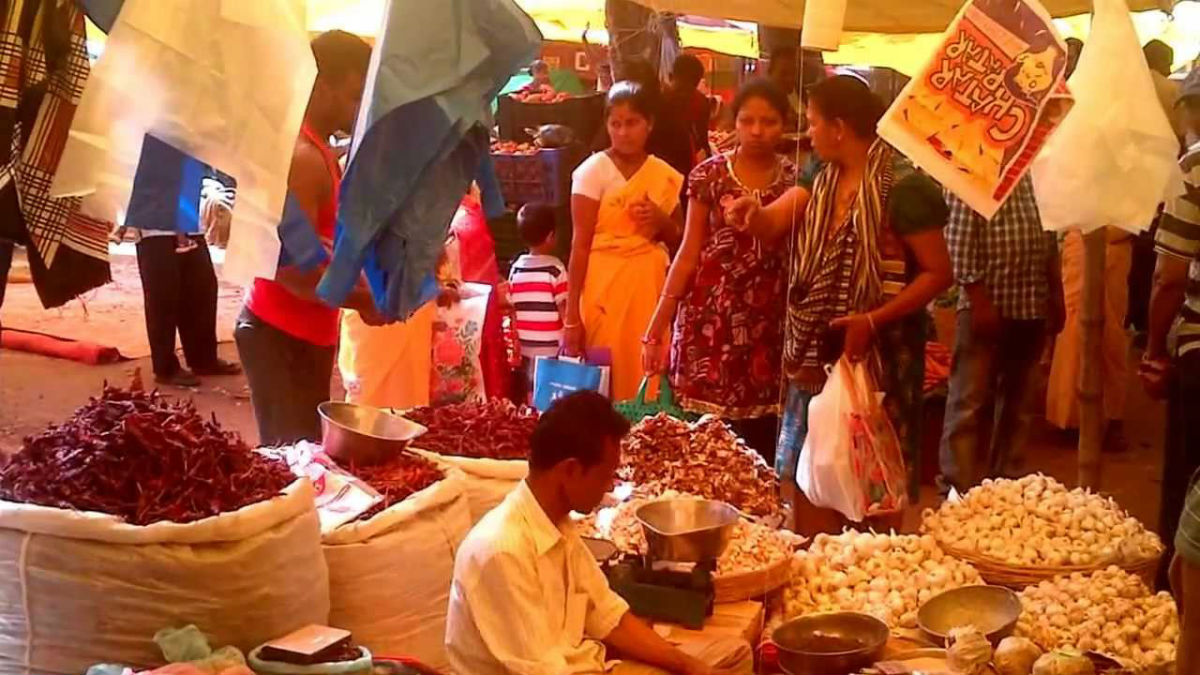 Vice President of the Traders Association of Canacona, Anil Bhagat said, “Our government says that we cannot safeguard the interests of locals when it comes to employment of Goans in the private sector, what do Goans have to do? Go to London?”

Da Silva and Bhagat both requested the MLA Isidore Fernandes to raise this issue on a proper platform. Else it will be too late and all the shops in Canacona would be owned by the Non-Goans and Canconkars will be left high and dry.

The basic Goan is a easy going and fun loving light hearted ppl.with not much of a commercial outlook.but the influx of tourism had driven them crezy and they started viewing each and every tourist as a money dispensing ATM. the basic life itself is easy laid-back thing in that peridise.now it’s the politician and the govt.which has to priserve the paradise
No outsiders should be allowd to spoil the paradise tha is GOA. Make it a GO AHAHAH.

It’s tiring to constantly read about the Goan’s laid back and fun loving habits. Go to any part of the world to see how hard working Goans. Each generation wants to better the last one, so why are outsiders even given the white collar jobs ? Forcing our Goan brothers and sister to go outside and find opportunities. There should be laws in place to protect the Goan interests firsts.

Goans are by lifestyle lazy people and when it comes to business laziness is a monster to it ..Plus most of the goans want either easy money or go abroad and settle to fulfill their dream of high life ..
They remain non competitive in the market while they may be soft spoken because they loose customers either on money or due to their suseghaat behaviour..
I have lots of reasons and goans know it well as well ..
While goans are very helping ,kind and happy to go lucky but when it’s about about business they should learn from marwaris ..

Those people do business and their eyes are full of greed and money, waiting to do milawat at every opportunity to get rich.
Make MILK of urea, shampoo
ripen MANGOES FRUITS with chemicals
Colour carrots and vegetables with chemical colours to keep fresh
And the latest
Use embalming liquid from morgue / hospitals on fish, meat to preserve look and seem to be fresh look.
PEOPLE IF FLIES DON’T SIT ON FISH, MEAT DON’T BUY IT IS SPRAYED WITH LIQUID.

Goa id in horroble state today with lotd of people coming from karnataka….and to start with,they put small shops anywhere on the street and encroach…..very soon there will be no space on roads even to walk…….

I’m a goan but I completely agee with Mr Hemant Garg plus and minus points of us.
Goan shopkeepers ran their business for decades now but their generations dont want to follow their steps as they want to make faster money by running away from beautiful Goa, earlier it was gulf now its UK. Goan Shopkeepers have no other options but to give for rent and enjoy the susegad goan life. It’s high time we must think and act asap.

Goans inorder to earn higher salaries compared to what they would earn otherwise in Goa and some others rather not even a penny just rush to work in London. This is a fact which no one can deny. Instead of keeping the shops and houses vacant they rent them out to the migrants so called ghantis. Ghantis proudly say “Goans LEAVE Goa to work in London and we LIVE in Goa to replace the Goans.” Coming on to the MLA isidore who has joined BJP now poor felow what will he do? You already know that his party which is ruling now has even removed article 370 and 35 A which will send migrants to Jammu and Kashmir to do business .

Thanks for that comment about section 370 and 35A. I foresee Goa disappearing and our heritage erased completely. The issue is how does one overcome the apathy and fight for our heritage survival.