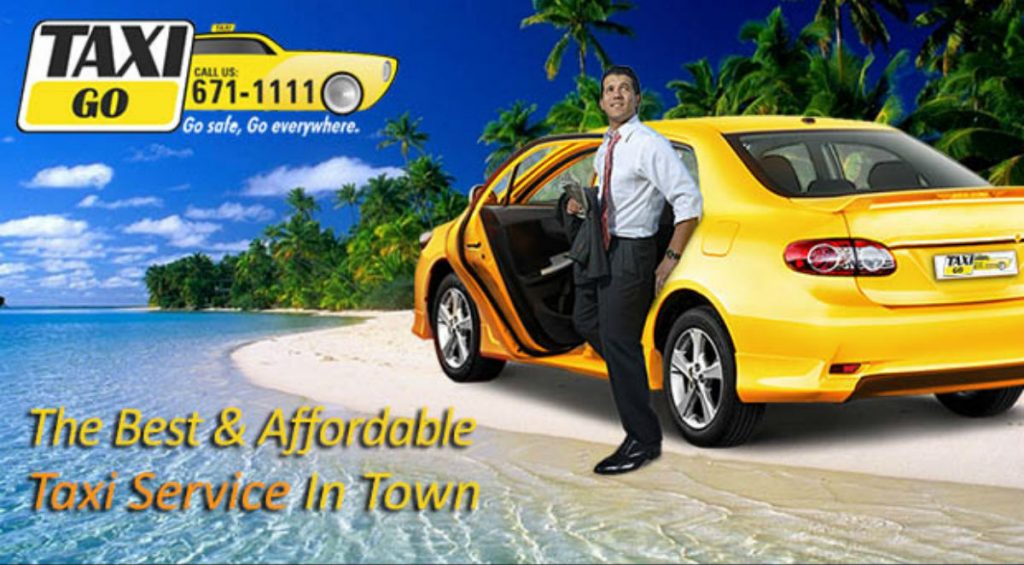 Raghu Shetye is a known face in Goa as the entrepreneur who transformed the face of business in the state. With multiple successful ventures in his pocket, he has been unstoppable and is still going strong with more and more business idea. He is the mind behind the introduction of a venture like new cab services like TaxiGo City and DNA – Digital Network Associates. He was smart enough to tap the weakness that was restricting Goa to grown economically and initiated businesses that help improve services to the people of Goa. He shares with Incredible Goa his incredible success story.

Raghu Shetye’s story begins with his fascination for automobiles. He did his engineering in automobile and was bubbling with ideas. Belonging to a simple middle-class family, Shetye a son of a Bankers was expected to follow is father league. But his dreams were different. After completing his engineering, he was called for interview in various big companies like Maruti Suzuki, Tata Automobiles, Kinetic Honda in Pune, etc. His aspirations were different and being employed by someone was never his game plan. He returned to his hometown Goa and joined his father in his family business of timber. The family business was quite successful and he continued managing the same for some time.

Raghu has been quite ambitious since the beginning and it had been his dream to do something that would add value to the society, his home state and the country. Since he was an environmentally conscious person, he never liked working in a business that was destroying the natural resources. Although he never physically cut trees, the family business used to import timber from countries like Africa, Burma, Malaysia, etc. The fact that troubled him deeply was that the green cover was being cut down and reduced to nothing.

In 1999 he decided to leave the family business and start planning towards his own venture. Raghu approached his father for financial help to start his own business in real estate. His business picked up and he received his first construction project in Mandre for a Naval Officer. Proceeding with this, he bagged a bigger project for a building in Mapusa. Eventually, his hard work paid off. After that, there was no stopping him. He continued to get bigger and better projects from places like Santa Cruz, and more in Mapusa. He received tremendous support from his friends who have been with him for the past 20years – Sameer Kakodkar, Rajesh, June Parriera, Dominic, and Mohnish. They stood by him all the way. 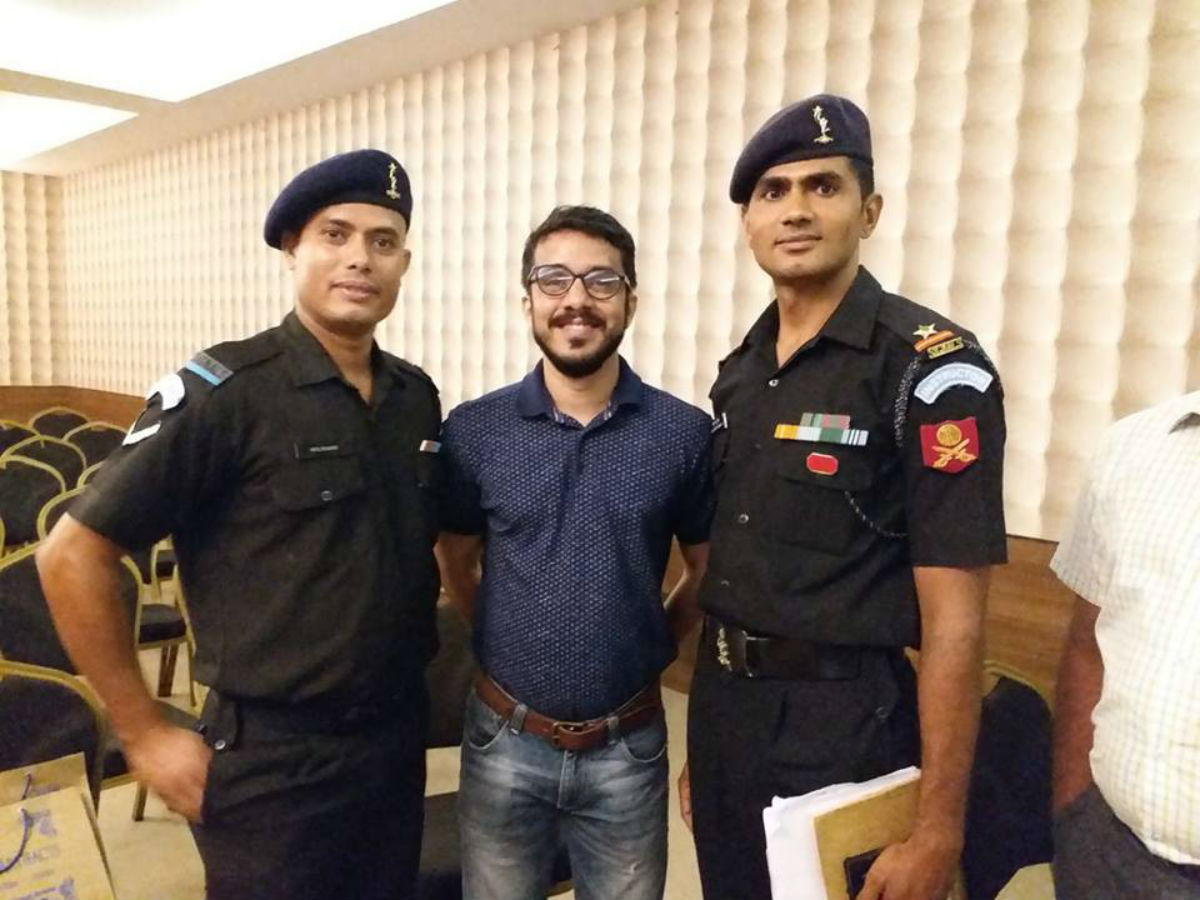 Seeing his real estate business gaining momentum, Raghu decided to diversify into his dream business of automobile, Taxi service to be precise. Raghu’s family, especially his wife feels that he must have been a freedom fighter in his previous life, always working for his state his country and his people. And it shows in his actions. He always wanted to contribute to the society through his actions, his ideas and his work.

So, when he observed that the name of Goa is getting tarnished because of highly manipulative and wrong attitude of the taxi operators, Shetye decided to step up and start a taxi service that would help tourists as well as locals to commute easily and affordable. That’s how ‘Taxigo City’ was born.

His primary intention behind starting a taxi service was not to avenge anyone, but to make fellow taxi operators aware of their wrong-doing and simultaneously provide quality and hassle-free services to people.

He also says, “TaxiGoa is definitely a business but there is this strong belief that I follow – ‘providing good service to all’. One can see for themselves how much profit I could earn with a fare of just Rs 199. My philosophy is to help and give employment opportunity to my local taxi owners and at the same time provide comfortable and affordable service to locals. People should not compare this service with Ola or Uber. This is a local service with a similar kind of technology and our aim is to serve each and every citizen of Goa.”

Raghu emphasis on the fact that Goa is known for its hospitality and good service all over the world. If people are trying to destroy it, he as true Goankar should take on the challenge to make his people aware and correct them in the best possible way. So when TaxiGo came into the market, there were many revolts and opposition from the taxi operators. The competition even tried to destroy his taxis and send out threatening calls to him. First people thought that it was like Ola or Uber and wanted to enter the Goan land to shut down local taxi services. But Raghu very clearly explained the intention behind TaxiGo and that his services were to benefit people and not bring them down. TaxiGo is not a radio taxi and does not operate on a similar model. In fact, he explained, that such a model would not work for a city like Goa because the distances people travel to (the longest ride) does not even come close to the distances that are travelled in metros like Delhi or Mumbai. Hence he provides TaxiGo at per kilometre cost which fair and justified. 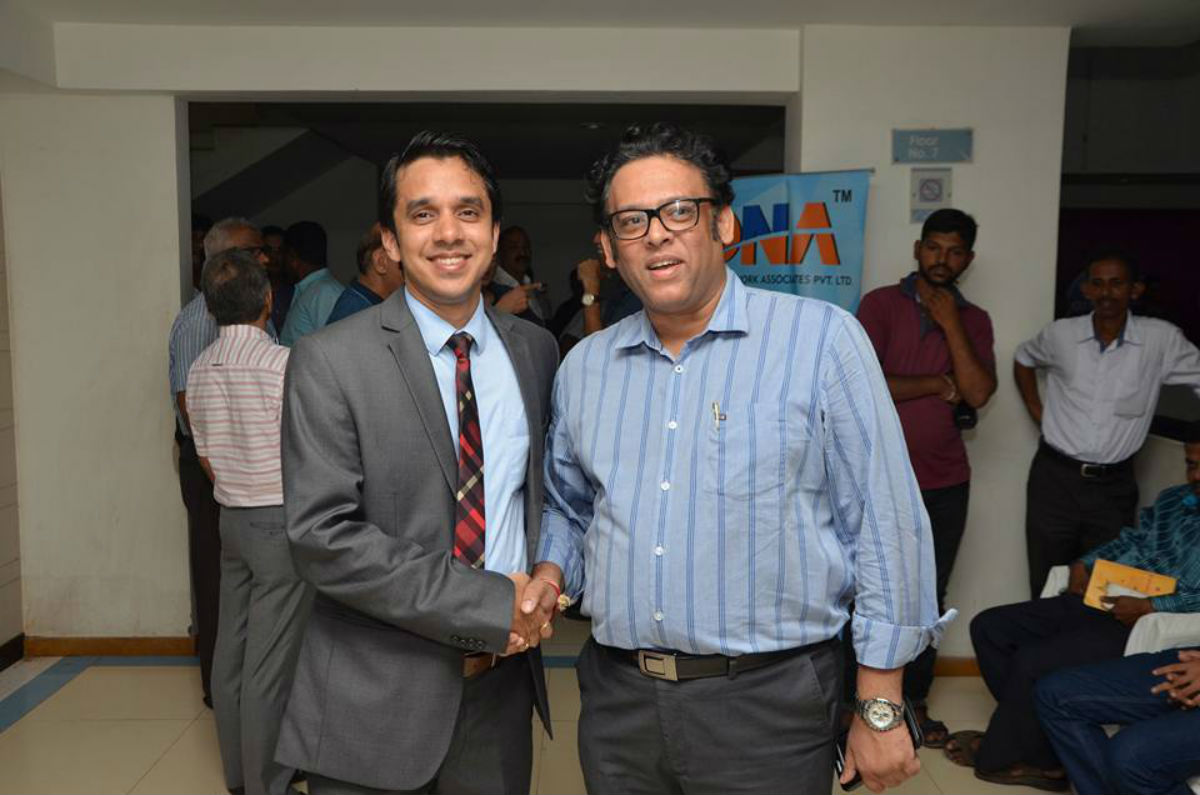 The Success and future of TaxiGo

TaxiGo has a huge fleet under its banner now. Raghu here emphasis that his business model does not include buying of vehicles. In fact he wants his fellow taxi operators to join hands with him in providing quality and affordable services to the people. Fortunately many have joined his team and fleet, bringing in their own vehicles to expand the services. He is even enthusiastic about providing assistance to the ones who want to start their own business in the same field of transport.

Raghu, when asked for future plans for TaxiGo said, “I want to start technology-based digital transport service if am able to get everyone’s support. I believe that it will be better than Ola and Uber and we will then operate at a national level. He is also working towards eradicating this misconception about digitised services and make people understand the benefits of such advanced services. The agitation is primarily coming from taxi operators rather than the locals. The operators need to understand that usage of technology like GPS system, digital meters for speed rectification and control and the SOS panic button is essential from safety and comfort point of view. Technology is meant to make life easier, not difficult. He wants to send out the right message across that it is the concept of high-quality service that is important because not everything should be about money. If it is, then we won’t sustain for long.

Raghu proudly expresses his feeling of joy about the success of TaxiGo and today it runs smoothly and provides services all over Goa. 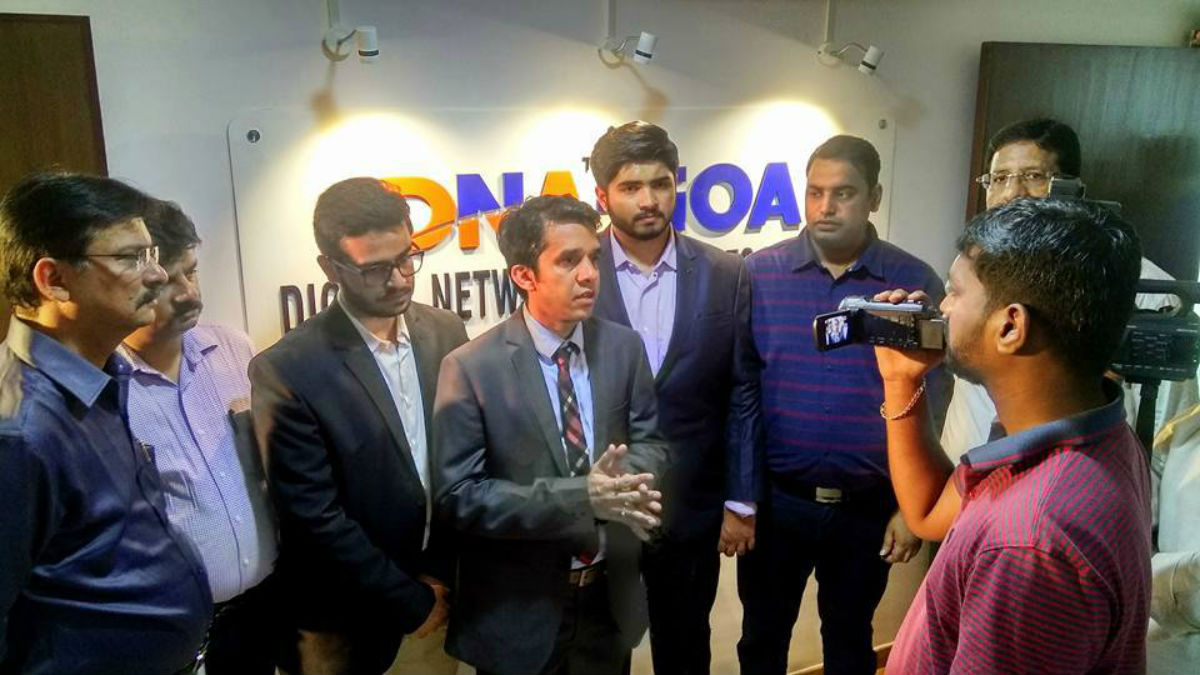 Raghu says that DNA was actually the brainchild of his long-time friend – Iqbaal Hooda. They both observed that Goa was in a way disconnected with rest of India and the world with poor or no internet service. This was a handicap and it didn’t allow business and other areas to grow and flourish. The service providers that were existing were charging an exorbitant amount for low-quality service.

With the introduction of DNA, they first provided free installation of the services at premises, along with a nominal monthly fee. People acknowledged this and experience good internet speed which they never got before. It was a breakthrough which apparently changed how people could connect easily through the internet for work and other things. This business also came with its own consequences – threats and damage to property by competitors. But Raghu is a pro in handling such situations and was able to overcome it in no time.

Today he is receiving a lot of support from the government in putting fibre-optic cable all over Goa. He also comes up with a project where he will be providing free Wi-Fi connection to all Police Stations in Goa. This will help the Police to handle complains online as well and streamline the handling of a critical and emergency situation much faster. 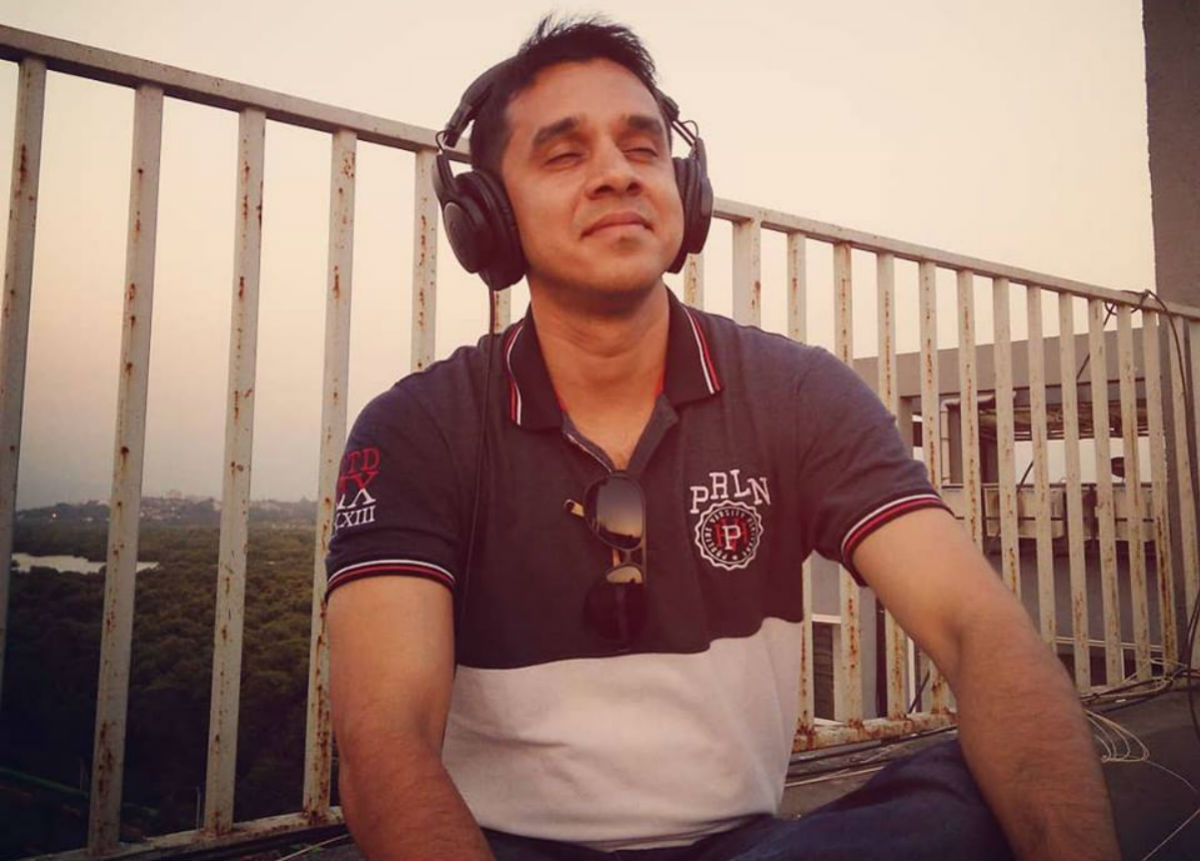 Raghu has plans to bring a revolution in the education sector as well. His idea involves putting up an internet hub that will give an area Wi-Fi connectivity. So everyone including children will have ease of access to the internet and use this facility to improve their study and other people to improve their business and connect with each other freely. Nowadays everyone is using mobiles, laptop, kindles, and tablets to read books, connect with people of social media and even study. Making the city Wi-Fi enabled will not only allow free internet anywhere and everywhere but also to people especially children who cannot afford such services. It will also help enterprises and all other fields of trade to grow and help them connect with outside world easily and quickly.

“This is what the concept of Digital India is and I want to make Goa also Digital,” as quoted by Raghu Shetye.

Raghu Shetye is a strong believer of God and his ambition is to contribute as much as he can to the society and make his state and country great. He wants to send out a message to his fellow Goans that we all should work together collectively, removing all biases and discrimination, to make our state even greater in every way possible. He encourages young entrepreneurs to come forward with ideas, and work towards making themselves and also the state successful. He values education, moral values and hard work and believes if one all these then there is nothing that can stop them. He encourages young minds to dream big, work hard and believe in themselves that they also can make it.