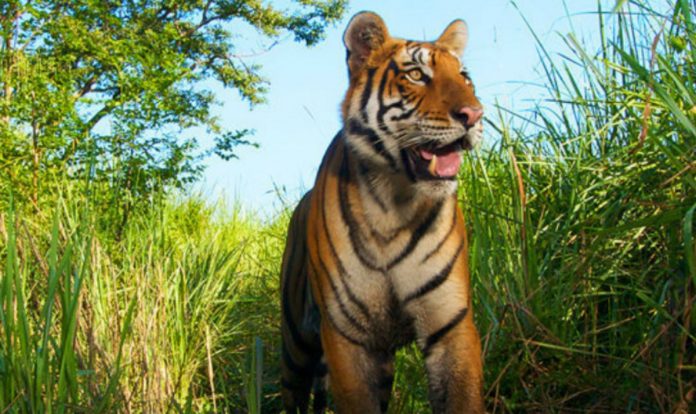 Tiger is almost getting extinct from the jungle and that is the reason spotting of a tiger becomes breaking news. In one such incident, the cameras installed by the forest department managed to spot the first Tiger in Bhagwan Mahavir Sanctuary situated at Mollem situated near Goa – Karnataka Border. This is the first time since 2013 that department had managed to spot a Tiger.

According to the report published by the Times of India, A tiger has finally been spotted at the Bhagwan Mahavir national park and wildlife sanctuary in Molem. The Goa forest department on Saturday confirmed the sighting after images of the big cat were recorded in its camera traps. This exploration, part of scientific documentation of the national park, recorded the tiger on Tuesday. 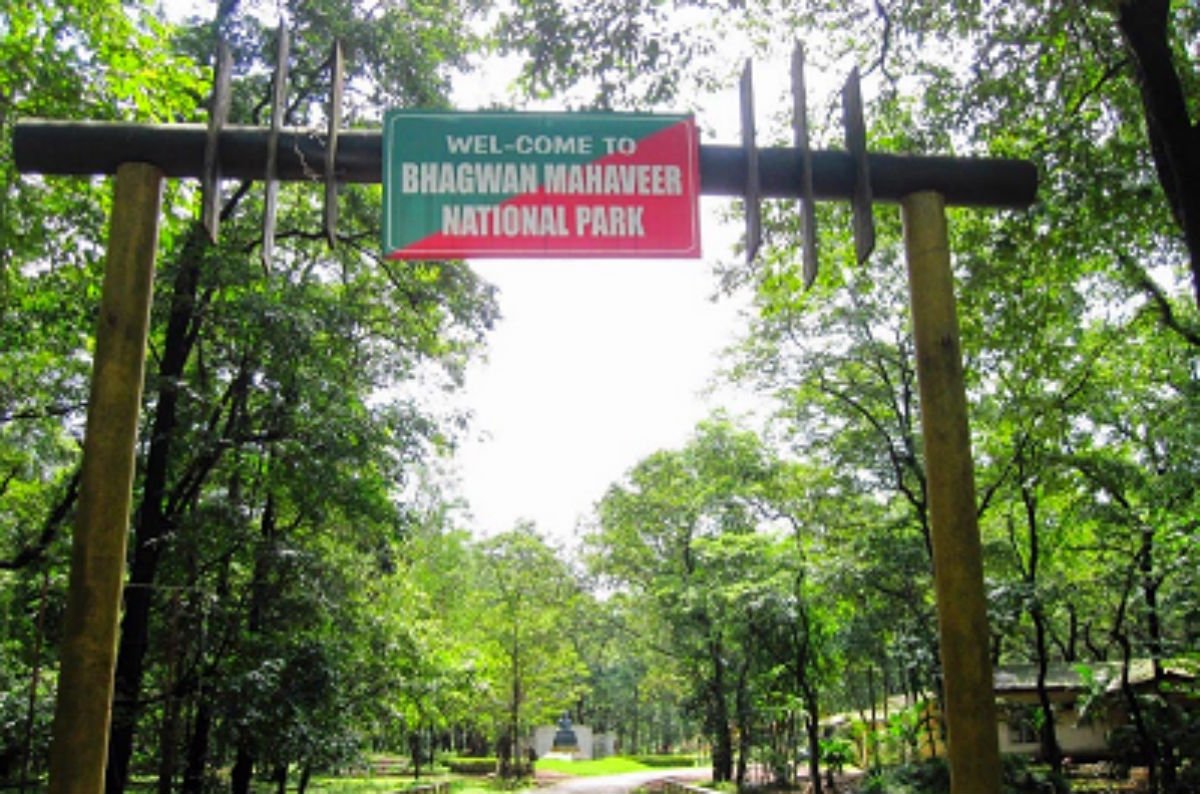 The department had confirmed that have been monitoring the area for quite some time and finally, their efforts became fruitful. “We have been monitoring the area for quite a while,” said principal chief conservator of forests (PCCF) Subhash Chandra. “The tiger may have come from Karnataka and strayed into Goa. Thanks to the camera traps, our efforts to record the presence of tigers is moving in the right direction.”

The sources have revealed that there is dense vegetation in the areas where the tiger had spotted. “There is dense vegetation in the area, so it’s good to get an image of the tiger through the camera trap,” Chandra said. “The sanctuary exists for the protection and conservation of animals, and we follow all correct measures to ensure that wildlife is safe.”

The famous Bhagwan Mahavir Sanctuary is spread across 240 sq km and the place has been explored by the dedicated staffers in an effort to record the presence of the elusive cat. Field staff was sensitized and trained to observe and record indirect evidence of wildlife during routine field visits. Based on this, camera traps were set up at strategic spots.

The team comprised forest guards Mahadev Gaonkar and Subhash Gaonkar who were guided by range forest officer Paresh Porob. “The high level of protection in the sanctuary has provided an ideal habitat for the tiger,” Porob told TOI. “Our field staff is now monitoring the big cat.”

Although this sighting isn’t the first of a tiger of-late in Goa. The 1997 and 2002 censuses revealed the presence of five big cats. In 2013, Porob, who was then RFO of the Mhadei Wildlife Sanctuary, collected the first photographic evidence of tigers in the Dongurli forests. It was confirmed by a team of wildlife led by Ulhas Karanth.

“The department has procured camera traps to strengthen field staff so as to record the natural heritage of Goa’s forests,” Porob said. “The intensive camera trapping is also being carried out in other parts of the park as well as the wildlife sanctuary area.”

Humans have encroached the places belonging to animals and some greedy people still making money by selling the skin of the tiger and that is the main reason of tigers getting extinct in our country. The only solution to this is strict law enforcement against criminals and offenders.