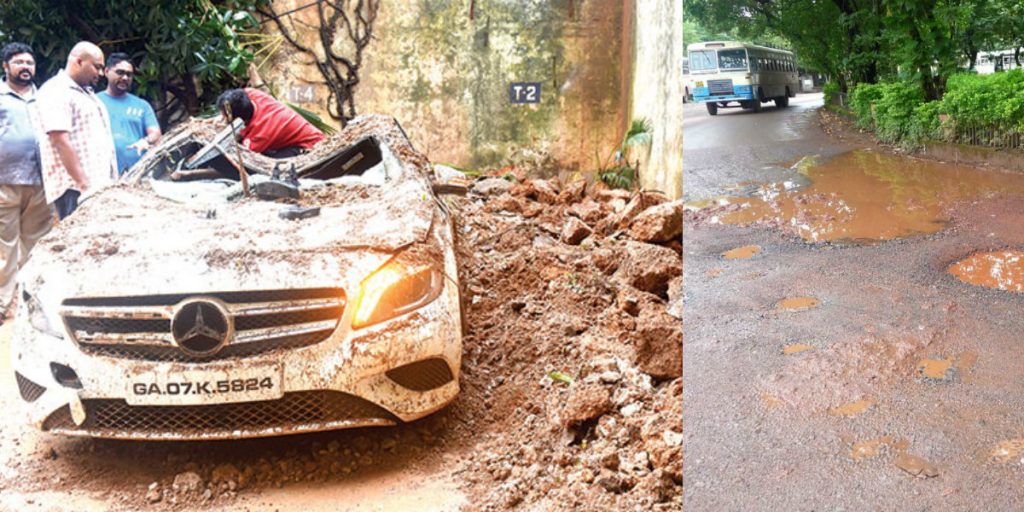 It is only pointing out at one thing and that existence of the high-level corruption. Unless the corrupt and unethical practices had been adhered by the contractors, such incidents could never ever take place. The collapsing construction and sinking roads are the finest examples of the same. Stories of retaining walls collapsing and roads developing potholes, among other incidents, during the monsoons are becoming a regular feature in the State.  By all accounts these incidents point to bad or illegal constructions and incomplete pre-monsoon works, causing harm not only to live and vehicles but creating a heavy dent to the State government’s financial and other resources.

The first shower of heavy rains in Goa, once again, brought in its wake a spate of floods, uprooted trees, overflowing gutters, inundated roads, minor landslides and collapse of several retaining walls. The problem keeps repeating itself every monsoon despite repeated assurance from the government. Shoddy pre-monsoon works and illegally or poorly constructed walls have put the government in the dock once again. With an updated weather bulletin predicting heavy to very heavy rainfall till June 28, the public has to brace for more such eventualities arising out of sheer negligence. 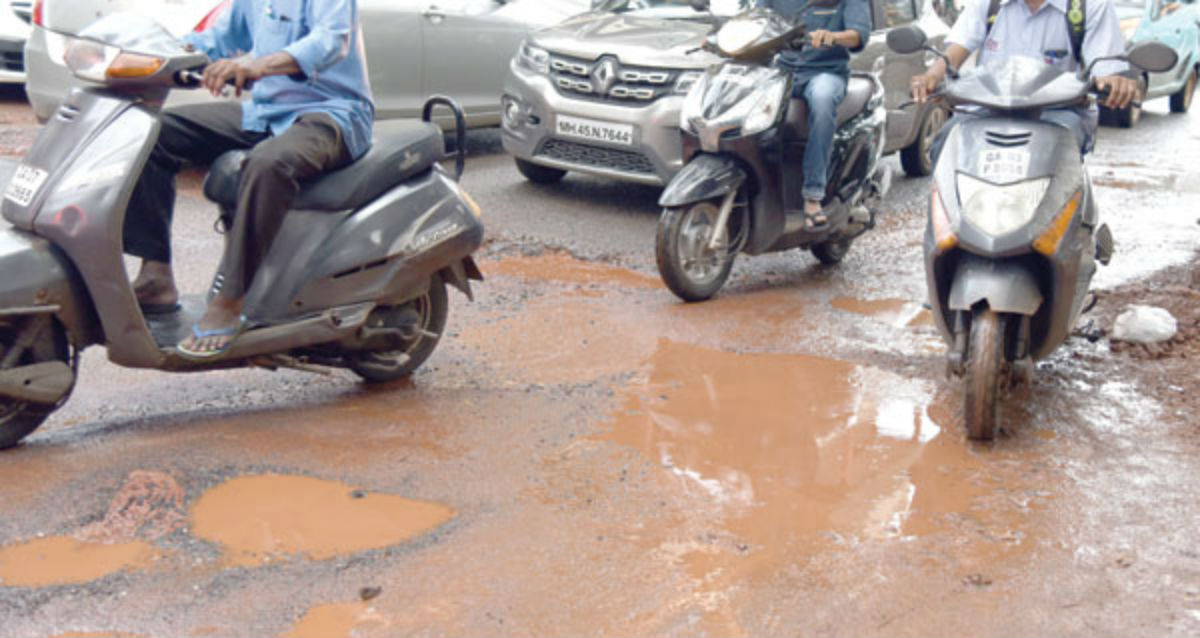 According to the Herald, two people were injured as a tree came crashing down on their car at Dhavlim. In another incident, a minor landslide inside the parking lot of a hotel in Panjim damaged two parked vehicles. And another major accident was averted when a retaining wall constructed by the government, near a marine workshop, in Betim collapsed. According to those in the know, poor construction, despite heavy investments and multiple works around the area had weakened the wall.

According to Porvorim MLA Rohan Khaunte, the site was sensitive for a number of years in terms of vehicles, hence a retaining wall was built. Underground cabling works were also underway simultaneously.  He has demanded a detailed report from the Public Works Department and also initiated action against the contractor for cabling for haphazard work.

According to the Navhind Times, in two other incidents, one of a boulder sliding down from the hill at Altinho and massive damage to Mercedes car, parked at a hotel near Club Vasco da Gama in Panaji when a retaining wall crashed on it.  In Candolim, in what can be termed as slip-shod work at a great cost, a newly repaired road developed potholes.

According to a report in the Times of India, in June 2018, the newly constructed vehicular overbridge in Canacona developed a crack on its retaining wall during the monsoons, posing a threat to vehicles and people. PWD officials have confirmed that the fissure between the retaining wall and the bridge span had occurred due to proper channels not being created for water to flow down. 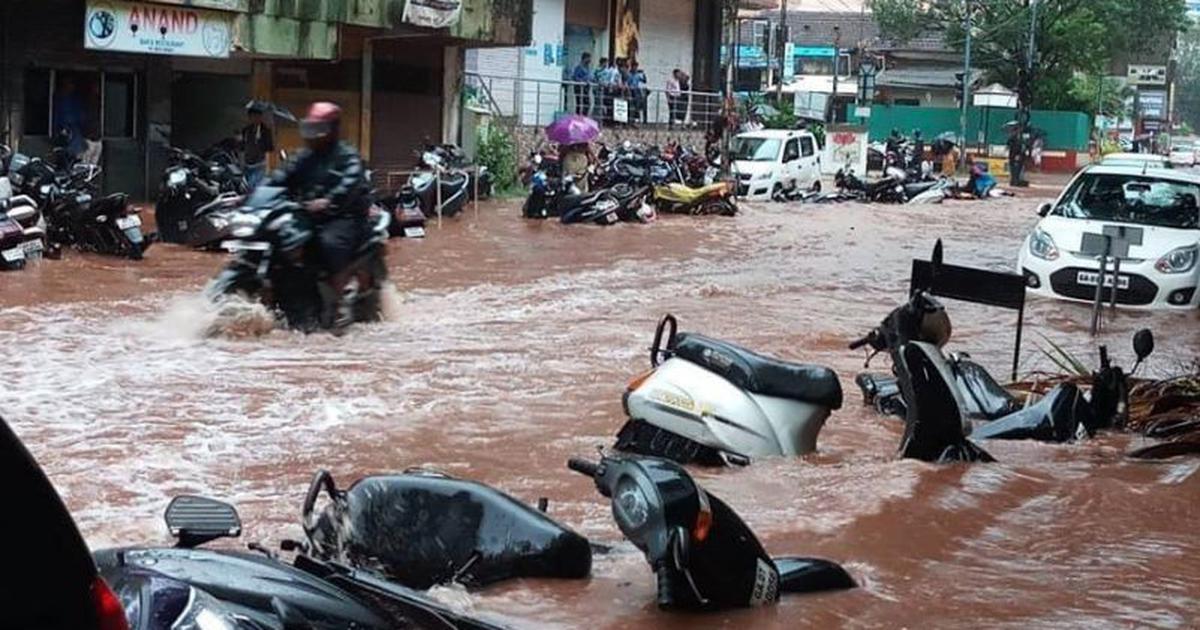 In another case of sheer neglect last year, according to The Goan, the retaining wall of Fatorda stadium running parallel to the church collapsed during rains damaging two cars and destroying property worth Rs 5 lakhs in the process. The stadium officials were quick to wash off their hands.  Rather, they blamed the owners for parking their vehicles in a no-parking zone, although no board to this effect was on display here. When confronted the Stadium manager, clarified that the wall was an old one built around 27 years ago when the Nehru stadium was constructed in the 1980s.

The incidents keep piling up and the blame keeps being apportioned to various government officials and departments, with no solution in sight. In would seem that the powers concerned are only keen on filling their coffers while the common man, who pays his honest taxes, continues to fight the deluge of rain and poor constructions alone.