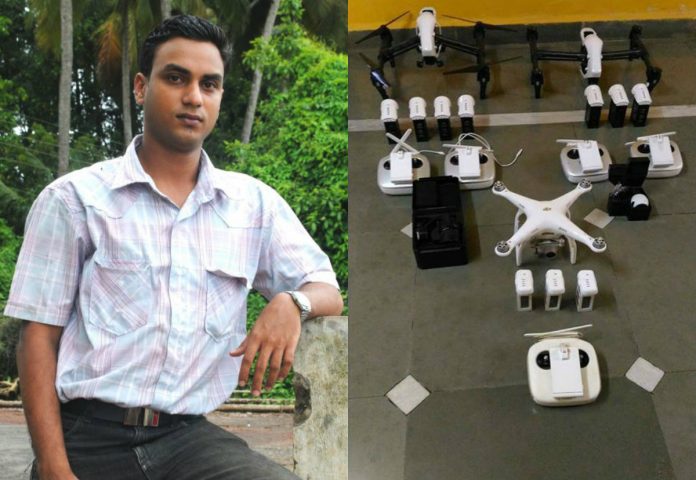 Artificial intelligence is already invading our lives with various gadgets like the Alexa (Amazon), Amazon Echo, Google Home; and then there are drones. These unmanned aerial vehicles (UAVs), are changing the course of technology in the world. Drone technology, if used in its truest application, has tremendous potential. Drones are trending and in use for capturing some never-seen-before footages for movies and documentaries; as well as for military surveillance, government infra services and crisis management.

India is the hub of new-age technology and is aggressively proceeding towards the development of new and innovative gadgets like the high-end drones. Several Indian companies are involved in the making of drones as they are envisioning more extensive applications and uses across industries. Many Indian start-ups have deep-dived into manufacturing and development of drone technologies. 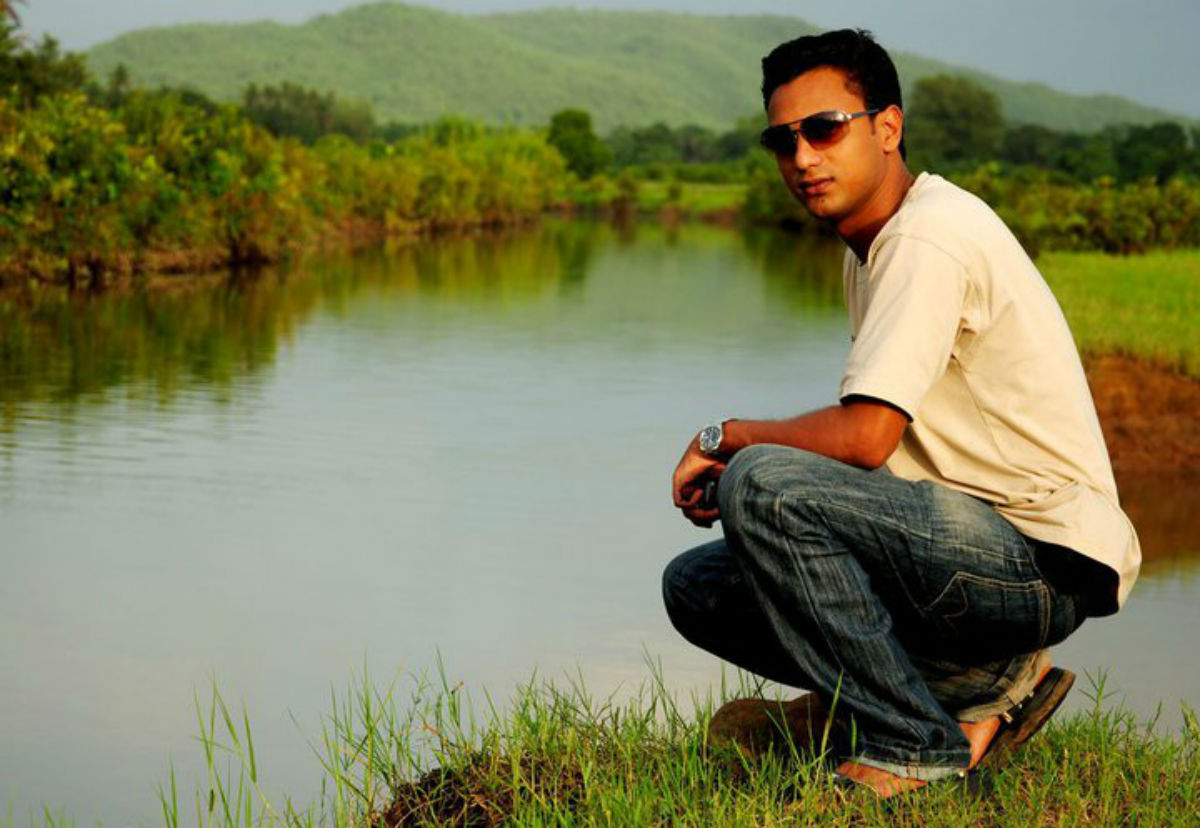 The Drone Man from Goa

In the Indian context, the one name that stands out and is behind some astonishing footages seen in videos and movies using drones is Varad Karmali. He is one of the few photographers in Goa who is using the new gizmo for capturing the most astonishing images. His fetish for using drones has earned him assignments from all over India, ranging from music videos and EDM festivals to big-ticket Bollywood films. He plays phenomenally with the visuals and gives the movies an edge with respect to photography and cinematography. Varad has taken some striking aerial shots of the action sequences for the recently launched movie ‘Baaghi 2’ featuring Tiger Shroff and Disha Patani. Apart from big Bollywood films, the young artist has also bagged accolades for his work in advertisements and few South Indian blockbusters. Experimenting with the drones for photography and filming, he is the man behind the brand ‘Droneacharya’.

With Goa becoming the hub of events and films from across the world and drone photography the most desired mode of shoots, Varad and his ‘Droneacharya’ is becoming one of the desired. Being one of the pioneers in the market, Varad believes that his know-how on the technology and his experience with the drones is playing a significant role in getting large-scale projects for him. And the future is soaring new heights.

The artificial intelligence is already invading our lives with various gadgets like the Alexa (Amazon), Amazon Echo, Google home, and then there are the Drones. Drones, the unmanned aerial vehicles (UAVs), is changing the course of technology in the world. Drone technology, if used in its truest application, has the tremendous potential not only for technological and economic growth but also for social change and impact on a global scale. Drones can be used not only for commercial use but also for defence and military surveillance, government infrastructure services and management purposes and also for disaster management.

India is the hub of Information Technology and is aggressively proceeding towards the development of new and innovative technologies, which include artificial intelligence (AI). This implies to the manufacturing of high-end drones. There are several Indian companies that are currently involved in the making of drones as they are envisioning wider applications and uses across industries.

There are many Indian startups who have deep-dived into manufacturing and development of AIs in the form of drone technologies and some of the names are – Edall Systems, Ideaforge, skylark drones, Aarav Unmanned Systems (AUS), Johnnetta Technologies.

DJI (Dajiang) Innovations, is a China-based company and one of the best in the world which is into drone manufacturing. 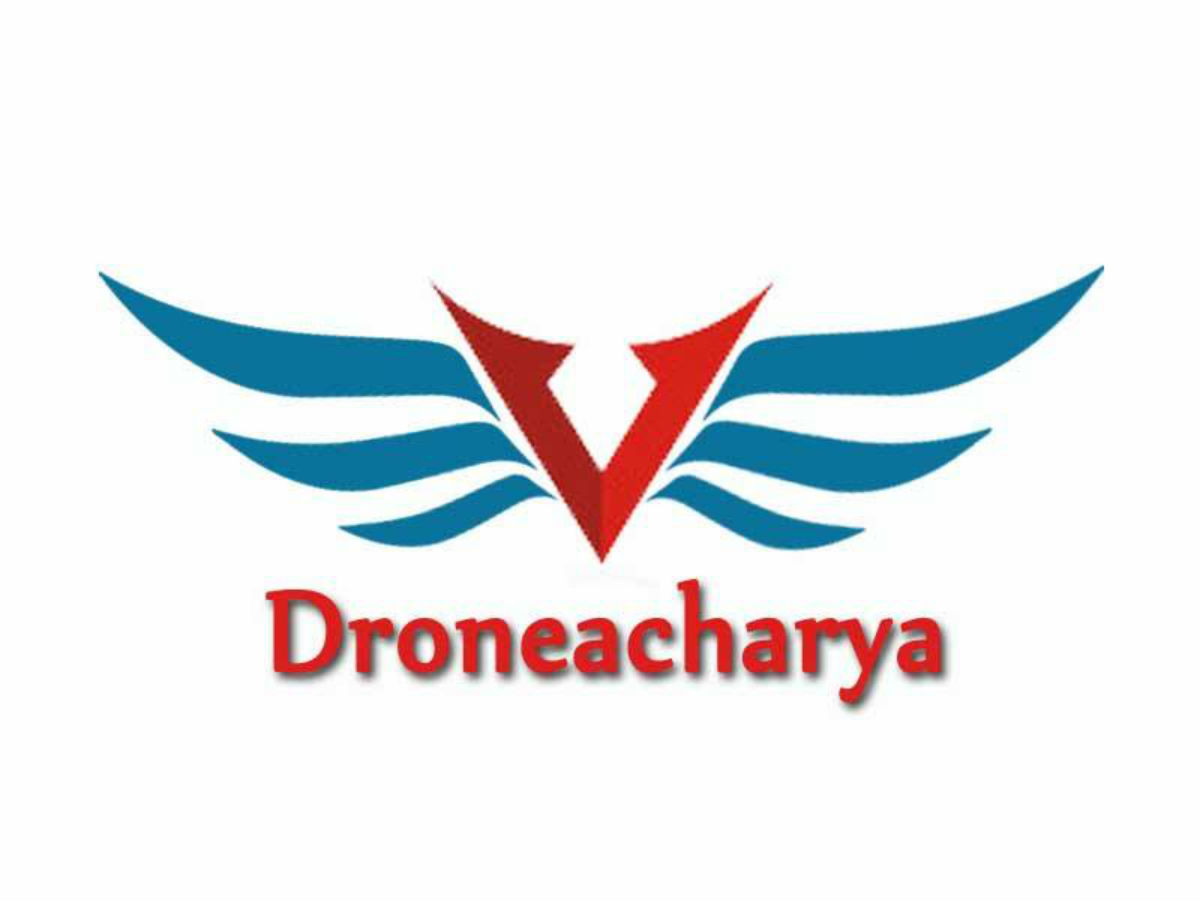 Drone technology is constantly evolving as new innovation and big investments are bringing more advanced drones to the market every few months. These gadgets are made of light composite materials to reduce weight and increase manoeuvrability, giving it the strength to cruise at extremely high altitudes. These gadgets are equipped with different state-of-the-art technology, depending on the type of use, such as infrared cameras which are High Definition and go up to 4k, GPS, radar positioning & Return Home and laser technology. The drones are also used to capture those dramatic and awe-inspiring aerial footages that you see in the movies.

Currently, there are 3 series of technologies available that are primarily provided by DJI Innovations, a China-based company and one of the best drone manufacturers in the world, and maintains its dominance as the class leader in the consumer drone market.

With the new upgraded versions, these gizmos will cost you no less than INR. 2 lakhs in the Indian market for a basic phantom series drone.

In October 2014, the Director General of Civil Aviation (DGCA) had banned the use of drones in India due to privacy and security threats posed by them and also due to the absence of a regulatory framework. The Minister of State for Civil Aviation Mr. Jayant Sinha has quoted that the ministry would soon come out with a set of norms for implementation of drone technology and would favour an ‘international drone alliance’ with the active support of France for tapping its diverse use. The regulations would be unveiled after extensive consultations with the security agencies, the manufacturers, the global regulators and innovators.

Drones have been formally defined as unmanned aircraft operated with no pilot on board and operated from a remotely piloted station. The draft CARs have categorised RPAs/drones based on maximum take-off weight, in following categories:

The Ministry of Civil Aviation had remarked that in the wake of these new developments, the Government will be setting up a 13-member task force under the Minister’s chairmanship to prepare a roadmap and recommendations for the central and state governments, besides the industry and research institutions for the rollout of the technology. They will be issuing a set of regulation after extensive consultations with security agencies, the manufacturers, global regulators and innovators.

Till then, it is recommended that purchase and use of drones in the Indian sky should be delayed until the regulations are released.