Incredible Goa
Home FOCUS Goans Get Ready to Join The Military Services For Five Years If... 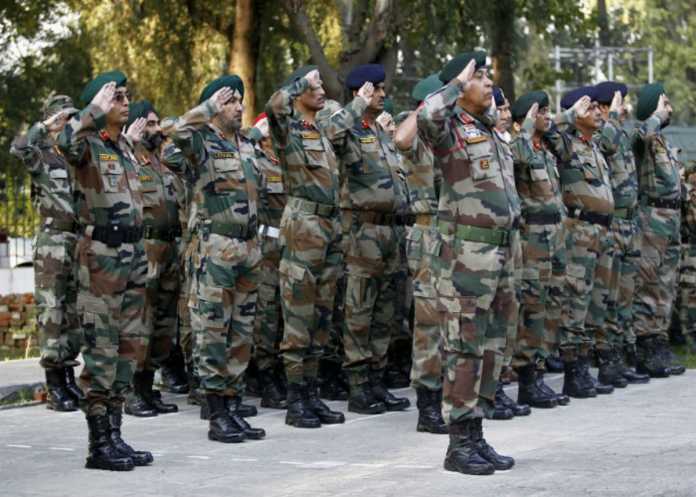 There are not many Goans serving in the Indian Defense Services, and all of them seek for the Government Jobs but, now the situation is going to be different. According to the reports, the Indian Parliamentary Standing Committee has recommended for the compulsory military service for the five years for anyone who is looking to work in the Central or State government. This seems to be the new gift from the Modi Government to the people of Goa (India)…

According to the reports published in the national media, Department of Personnel and Training (DoPT) has been asked to prepare a proposal for making five years of compulsory military service for anyone who wants a subsequent employment with the state or the central government. According to reports, a Parliamentary Standing Committee has recommended for the new rules in this regard.

This step has been taken by the committee to tackle the shortage of the officers in the defense forces. You might have seen the numerous television and radio commercials promoting the Indian Defence Services, including the Army, Navy and Air Force but, the response to those ads seem to be very low, and to cover that gap the Central government has decided to take this step.

According to the reports, The Indian Army alone has a shortfall of over 7,000 officers and over 20,000 men. the Indian Air Force has a shortage of nearly 150 officers and over 15,000 men, likewise, the Indian Navy faces a shortage of 150 officers and nearly 15,000 men. Keeping in view shortage of officers and men defense forces, the parliamentary panel had recommended to the Ministry of Defence (MoD) to come up with a new proposal. However, the panel was unhappy with the lukewarm response of the Ministry of Defense. Later, the task was transferred to DoPT. The panel wants that the MoD to inform them about the outcome of such discussion.

The panel believes that five years of compulsory military service for those seeking government job will also make up for the shortage of personnel in the armed forces. This way, the Central and State Government Services will also get enriched by the disciplined officers/PBOR. Since the shortage of officers is directly related to national security, the Parliamentary committee desires that the issue should be given top priority.

The committee also feels that when the people will work in defense services for five years they will develop a good sense of discipline which will help them when taking up the government jobs after completing their tenure. The committee has strongly recommended this as it is connected with the national security.