Is the Government Ready to Tackle Eventualities in the Monsoon 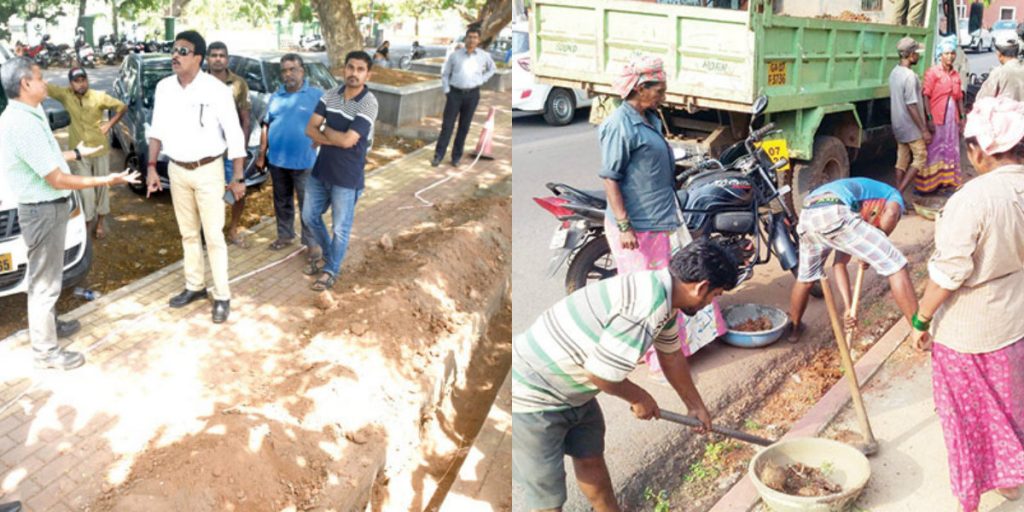 Monsoon has already hit the state but it does not look like the authorities have taken the good cognizance of the same. Every year the development and cleaning work begins with the monsoon approaching and then it remains stagnant till the cities are flooded completely, and this year it does not seems to be the different case.

Although the state’s administration had promised that Goa is geared up to meet to all eventualities from the South-West monsoons, and particularly the whiplash of the ‘Vayu’ cyclone which brushed past Goa recently, fire and other personnel are still grappling to cope with the enormous eventualities as hardly any machinery/measures are in place to cope with it.

It is not alone the big challenges that government is going to face alone but the most common issues such as cleaning of drainages and checking all the electrical transformers etc will be posing a bigger challenge if not tackled in time. There are many transformers in the city remains open to the air and the same pose danger to the commuters during the monsoon.

The bigger challenges such as the cyclone Vayu that brushed past Goa leaving gusty winds and water surges along with several coastal areas in the State in the past two days, it raises questions as to Goa’s preparedness to meet any eventualities.

This question arises as the State’s machinery is still floundering to deal with the after-effects of it, although several measures were reportedly put in place.

According to The Goan, fire brigade personnel attached to the Margao fire brigade had to undertake the arduous task of physically lifting and cutting trees fallen on houses and roads in various areas in absence of promised laborers. This work comes on the heels of their grueling eight-day fire fighting operations in Sonsodo.

Information also revealed that the two civic bodies had been providing around 16 labourers to the civic body every year during the rainy season. However, this year when the firemen are tackling a larger load in the wake of the cyclone, they have had no help at all.

A senior fire official expressed their helplessness in the matter. “We are helpless. Unless the promised labourers are made available, the fire brigade will be handicapped in towing away the fallen trees,” he stated.

According to the source, what worsened their plight is that they had to work in the rains for want of rainwear, which is issued to them once every three years. Furthermore, with the eight tree cutters in their possession having worn out due wear and tear, the firemen procured a couple of koitas for cutting of trees

According to the Goan, despite the various meeting convened by the district administration to take stock of the monsoon preparedness and tackle the cyclonic storm, the same is sadly lacking. The strong winds that hit Salcete taluka in the last two days have only aggravated the problem for the firemen.

Furthermore, the issue of road excavation/ digging and cleaning of gutters by civic authorities, just a few days before the onset of the monsoons leads to flooding, messy roads, landslides.  At several key roads, the depressions around sewerage chambers also pose problems to motorists, particularly to two-wheeler riders.  This is evident in almost all the major Goan cities and some villages as well.

According to the sources, in a recent incident, the Mapusa civic body has failed to patch up a busy road in Angod-Mapusa that was dug up a little before the last monsoon. This stretch runs along the bustling market area. Similarly, the Khorlim-Mapusa road which had been dug up in February to lay a new pipeline by the PWD is yet to be repaired.

In a report on In Goa News,  a couple of pre-monsoon shower s in the state has already brought flooding particularly in the city areas of Panjim and Mapusa, something that is now seen as a yearly phenomenon.

According to the Times of India, Panjim’s 18 June road, the St Inez creek, Margao New Market area, Margao station road among several others are vulnerable areas. Last year the submerging of cars at St Inez four crossroads was a wakeup call, but the authorities are still treading slowly on the matter.

According to United News of India, it may be recalled that on May 14, the Chief Minister Pramod Sawant, who had chaired a preparatory meeting of State Disaster Management Authority, had said that the state government is fully geared to meet any eventualities  arising from the monsoons and had taken a detailed review of the preparations done by various line departments and the district administrations.

The meeting had also deliberated on the preparatory measure to be taken, which includes cleaning of drains, pruning of dangerous trees, flood relief measures, checking the readiness of equipment and communication systems, advance procurement of necessary relief material and coordinate approach for disaster response at the district level.

The District Administration of North and South Goa was also to host 24×7 control rooms at all 12 taluka headquarters and district headquarters.  And a central control room to be set up at the secretariat at Porvorim.  The Works Department was directed to complete all road repairs and restoration before the monsoons.

Like all previous years, these promises have proved futile, blowing in the wind like the storm that just narrowly bypassed Goa. What people want to know is when these promises are going to be made good and will they have another miserable monsoon due to the government apathy.

Join the growing list of subscribers!
Advertisement
PrevPreviousGovernment Offices and PSUs To Become Tobacco Free Zones
NextCasinos are in Interest of the Tourism Industry in Goa – CMNext