Pakistanis of Goan Origin are not happy with Citizen Amendment Bill 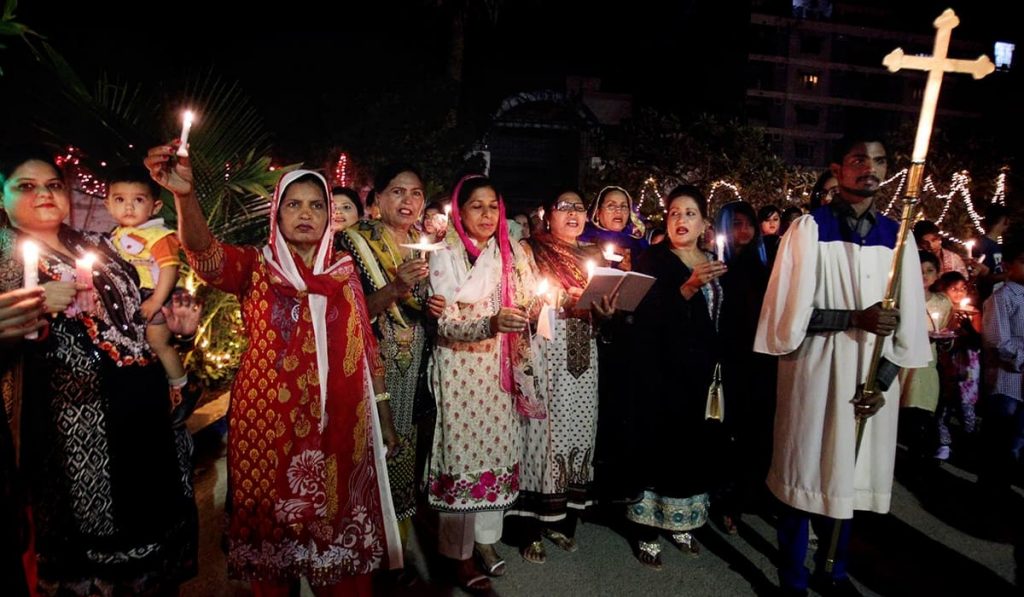 Thousands of Goans, mainly from a Catholic majority, migrated to Pakistan in search of employment and they settled down in Karachi which was part of British India and after the partition they became Pakistani, but their heart and soul always remained in Goa and now after the introduction of CAB they become worried if they will ever be able to come down to Goa again as they have properties here.

According to the report, Thousands of Goans who had migrated and settled down in Pakistan are now known as Goans of Karachi which is a 12,000 strong community settled in the metropolitan port city that is not happy with the Citizenship Amendment Bill and just a mention of CAB evokes reactions of bewilderment.

You have surely heard of the Enemy Properties in Goa, that is precisely what belongs to these Goan Community settled in Pakistan or we may call it former British India. Since Goa was ruled by the Portuguese and India by British these were considered two different countries before the liberation and traveling to Mumbai from Goa had needed a passport then.

Coming back to the impact of CAB on Goan living in Karachi, according to the reports, the new development resulted in curtailing their relationships with their home state and affecting their ability to visit home.

According to the scope of CAB, it will fast track the Indian citizenship for Hindus, Sikhs, Parsis, Buddhists, Jains and Christians from India who had migrated to the Muslim-majority nations of Afghanistan, Bangladesh, and Pakistan. Although the same may not be applicable for the Goans living in Karachi, said the sources. The Goans would instead prefer an easier visa regime as a means of easier access to their homeland.

“Though the number of Goans in Pakistan (mainly Karachi) has gone down considerably due to emigration to Canada, US, Australia, and England, we have been a privileged lot, having assimilated very well here and enjoyed great respect among neighbors, friends, and colleagues,” Menin Rodrigues, the president of the Karachi Goan Association, said. by email

The Goan community living in Karachi known as the Karachi Goan Association which was founded in 1887 as the Goa Portuguese Association, whose name was later changed to the present version in 1936.

The Goans who had moved to Pakistan mainly belonged to the Catholic community and they had embraced the nation after independence with many of them rising to prominent positions especially in sports, including representing the national cricket and hockey teams in the early years before emigration took a toll on the community, reducing its numbers and scattering the population.

“I know for a fact that from among the younger lot, they would not be interested coming to Goa, however, some of the older/retired folks who have an attachment with their families and/or inherited properties in Goa may want to come back, but I think it is a long shot!” Rodrigues said.

“However, what Goans from Pakistan (Karachi), and those who are settled abroad (with Pakistan origin) would be interested in, is to have the option to visit Goa from time to time, or even once a year, without any obligations or hassles. Most such Goans would have relatives in Goa,” he added.

Others are skeptical about whether the Goans in Karachi will indeed benefit from the CAB and given the sensitive nature of the bill, the backlash that minorities in Pakistan would face if they expressed their support for it.

“We would prefer if the governments only worked together for a better visa regime,” another member of the community, who declined to be named, said. “I have aunts in Goa and would like to visit them more often,” he added.

Radharao Gracias, an advocate in Goa, suggested that the CAB could benefit Pakistan-based Goans if it includes under its ambit people from the state who were stranded in Pakistan after independence

“The Citizenship Bill as proposed by the Cabinet, if properly worded, may bring some relief to thousands of Goans who had settled in British India but were stranded in Pakistan after Independence (and may have settled beyond Pakistan thereafter) but still own land in Goa. However, the Constitutional validity of the same may be debatable,” Gracias added.

[…] You May Also Read: Pakistanis of Goan Origin Not Happy with CAA […]

Join the growing list of subscribers!
Advertisement
PrevPreviousThe Victory of the Conservative Party in the UK Creates a Fear Amongst Goans Living in the European Union
NextRising level of Unlawfulness in Salcete is directly Linked with the Influx in the Migrants in GoaNext