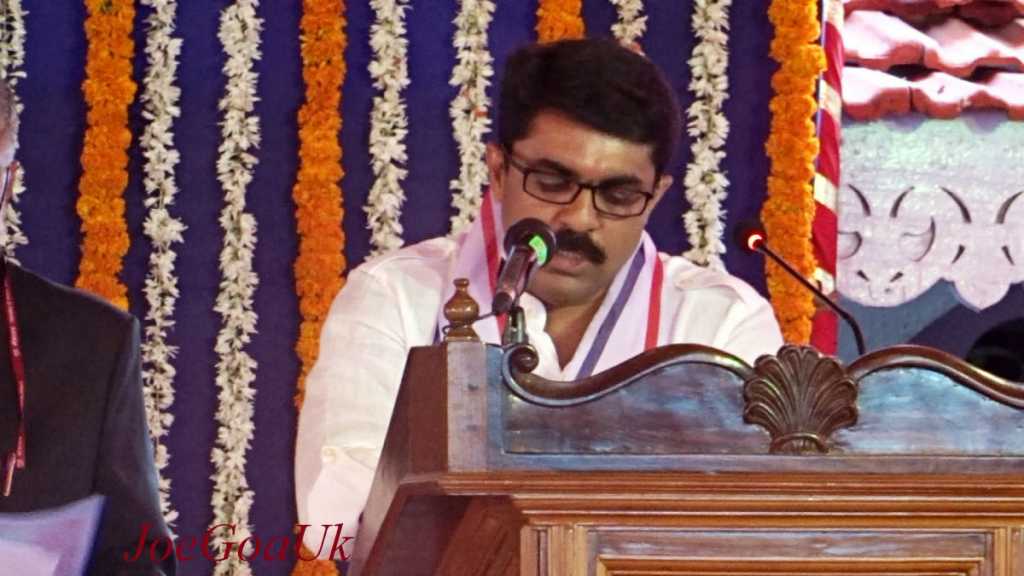 The most talked about Fatorda MLA Vijai Sardesai annoyed the people of Goa by going into the BJP camp. Vijai who was known as an anti-BJP person throughout the Goa with his election agenda saying “BJP MUKT GOA” but at the end, he himself joined the BJP. People of Goa addressed his move as the mother of all “U-TURN” but the question is, why Vijai made such move which brought his value down in the eyes of Goan? let’s check out what Vijai has to say on this…

The voters from south Goa having the Christian majority are more upset on Vijai Sardesai and the same can be seen on the social media. “It is a shame that the man who swore by Goem, Goemkar, and Goemkarponn has backstabbed the people. The man who accused the party of the U-turns is now aligning with the very same party. We should be ashamed of this. Let us pray to God so that these people at least understand what shame is,” remarked a priest in one of the Churches in minority Salcete during the early morning mass on. (source)

Fed up with the U-Turns on various issues this time voters of Goa have given the verdict against BJP as they felt betrayed by the saffron party. In fact, the birth of Goa Forward itself came from the agitation on the issue of Coconut Tree (MAAD) in Goa. Vijai was the main person behind this agitation and that is why the symbol of Goa Forward is Coconut but now the convenor of the party himself went and join BJP which considered as a betrayal by the voters of south Goa.

In one of the interviews with India Today channel, Vijai said that he always kept an equal distance from Congress as well BJP during the election time. He also agreed that their party had defeated all the candidates of the BJP in the 2017 elections and that he labeled the congress as the B team of the BJP “The Congress was more keen in defeating us (Goa Forward) than winning from that constituency,” said Vijai adding that, “They would not have mind allowing the BJP to win but they did not want GF to win at any cost.”

Vijai called the Congress as backstabbers. “They (Congress) have backstabbed us during the alliance and they went on supporting the independent candidates but did not support us despite the fact that our agenda was same “BJP MUKT GOA,” said Vijay. According to Vijai his party always had common agenda “Although we had a common cause fighting against the BJP,” said Vijay. According to Vijai, their party is not close to anyone and we do not see any of them as their natural ally.

Vijai told in the interview that Just because their party is against BJP it does not mean that they are pro congress. “Nobody can take us for granted,” said Vijay. Vijai looks for the stability in Goa and their motto Goem, Goenkar and Goenkarponn, which is the very regionalistic motto. “We will do anything including destabilizing the government if required,” said Vijay. The media reporter made Vijai speechless by asking him to destabilize the government you need to have the one first.

Vijai said that he is not sure what is the proposal congress has for him as yet. Vijai agreed that Congress told him to come out with the proposal “If congress comes to us we will examine the proposal and make sure that mandate people have given us does not go waste. We will not betray that mandate and we will work towards the Goenkarwadi sarkar,” said Vijay.

According to the sources, there was no mention of Goa Forward party mentor and Fatorda MLA-elect, Vijai Sardesai when the priest poured his outrage at the political developments unfolding in the State. Indeed, this sums up the mood in minority Salcete as people watched with shock and awe that the very party and the alliance partners, who they booted out in the taluka in the February 4 poll is now back in power with the very man who held the anti-BJP flag flying high in the last five years.

According to the sources, Vijai is being suddenly perceived as a villain responsible for resurrecting the BJP despite the people’s verdict against the ruling party Said the political commentator, Adv Cleofato Coutinho. “People’s outrage and anger at Vijai is understandable because the BJP has no mandate to rule the State. People of Salcete and outside had decisively voted against the BJP. Secondly, Vijai was always looked upon as an anti-BJP hero, one who was always ready to take on the national party and would not compromise on secularism. Even in Fatorda, the Congress votes did not go for him, but at the same time, he pocketed the anti-BJP votes because of his strident attack on the BJP. It is but natural that people will get upset over the development.”  (source)

Fr Eremito Rebello, Parish Priest of Rachol, accused Vijai of betraying the people of Goa by aligning with the BJP. In fact, Fr Eremito demanded that Vijai should resign on moral grounds since he has betrayed the people by aligning with BJP. “If Vijai has any moral conscience, he should immediately resign and seek re-election on the agenda of supporting the BJP-led government,” Fr Eremito asserted while reiterating that the people of Fatorda must have certainly not voted for him to align with the BJP.

On the other side, Vijai claims that his actions and not words would justify his decision to support the BJP-led government. “I understand the sentiments of the people of Salcete in particular and Goans in general. Give me some time to justify my decision. I want to reassure the people that nothing would be done against the core values of secularism and Goem, Goemkar and Goemkarponn. People of Goa will one day judge me by my actions,” he said.

Join the growing list of subscribers!
Advertisement
PrevPreviousBJP IN GOA HAS LOST ALL THE ETHICS AND VALUES, THEY ARE READY TO DO ANYTHING TO REMAIN IN POWER, SAYS GOA RSS CHIEF, SUBHASH VELINGKAR
NextWE WILL WORK TOGETHER TO PRESERVE THE “GOENKARPONN” AND THERE WILL BE NO DIFFERENCES BETWEEN US – CLAIMS GOA CM MR. PARRIKARNext