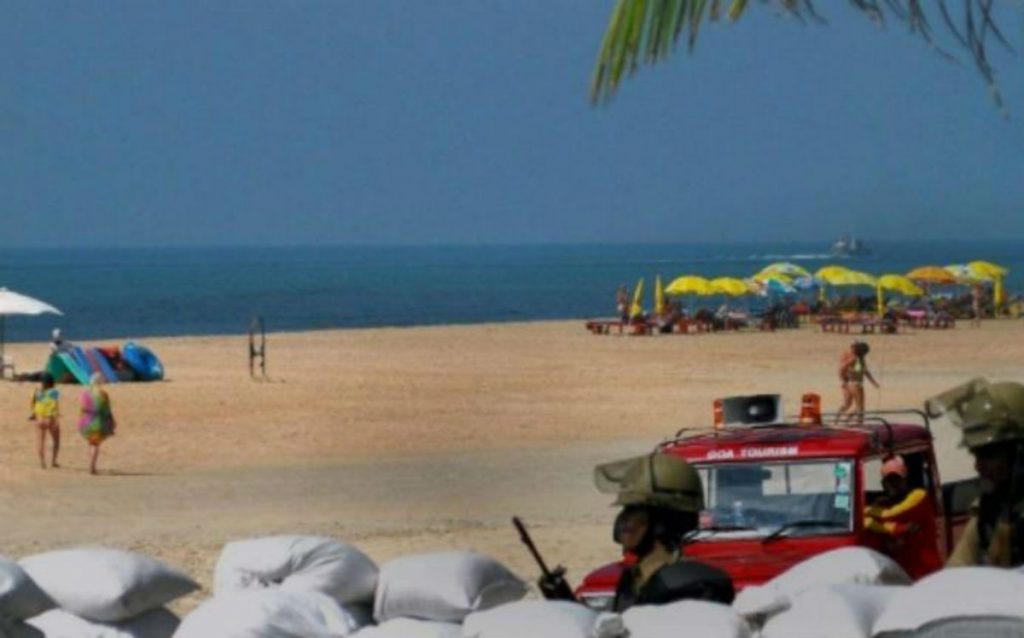 Despite all the futile efforts of the tourism ministry and Goa Government to revive the tourism plans for Goa, the decline in tourism continues due to the lack of vision of the authorities.  In a bid to revive the flagging image of Goa as a premier tourist destination TTAG has presented a white paper to the government suggesting a number of measures to reinvigorate and streamline Goa’s tourism identity on all platforms

A sharp decline in tourist arrivals in Goa has prompted the Travel and Tourism Association of Goa (TTAG) has presented a white paper to the government which has suggested a number of measures to reinstate Goa’s reputation as a premier tourist destination.

In the period from 2017-18, airport arrival and departure figures saw a decline of more than 21 per cent. While domestic tourism has seen an upswing of 25 per cent to 30 per cent, the appreciable drop in average room rates and occupancies across Goa indicates a fall in the quality of domestic tourism.

The apex body has also mentioned that there is also a sharp drop in the number of charter flights which arrived in Goa in 2013 (1128) to 840 now which is lower than the previous season by 154.

According to the Times of India, the paper stated that Goa needs to re-invent itself as a tourism destination and keep evolving its existing bouquet of tourism products.  They have also pitched in for the creating of a lasting ‘Brand Goa’ which resonates as a fun tourist destination with responsible and environmentally sustainable practices.

TTAG has called for a complete ban on carrying plastic articles, including bottles on beaches and other tourist destinations. They have suggested that provisions for paid lockers be made to store the disallowed articles.

Secondly, they also stressed the need to fight the drug and prostitution mafia, setting up a helpline for tourists; the formation of legally backed independent tourism board to decide on all tourism-related matters and the creation of ‘Brand Goa’.

Further according to this source, the paper had also addressed the challenges of low-budget tourism. TTAG wants paid campaigning site with all necessary amenities.  Public spaces occupied by low budget tourists cooking and bathing in open spaces are an eyesore.  Similarly, Dabolim airport and its surroundings, which the first point of touch for tourists is an eyesore and must be improved upon.

They also stated that there is a need to develop infrastructure to host large meetings, incentives, conferences and exhibitions (MICE) events that the event management fraternity can capitalize on.  It has requested for private-government partnerships to be explored in this regard. At present the most hotels can accommodate is around 1000 guests for conferences etc.. The industry needs to cater to gatherings of more than 3000.

Similarly, the sudden and unorganized rise of a large number of bed and breakfast and homestay facilities has eaten into the earnings of hotels and needs to be regulated.

It has also suggested the setting up of entertainment zones, with fewer restrictions on playing loud music.  Another aspect is the need to have programmes to sensitize the police force that every tourist who is on holiday to the state is not a potential criminal.

TTAG has also suggested the provision of dedicated helpline numbers for safety and emergency services, to be promptly displayed at all tourist locations.

The need for information counters, which are empowered to deal with tourist-related crimes and issues of safety need to be set up. Given the current scenario, the paper suggests that an agency needs to be appointed to control the damage caused by any untoward incidents that take place.

Also to avoid repeated harassment of tourists when it comes to checking of vehicles by law enforcement agencies, a suggestion has been made to issue to stickers to vehicles that have already been checked once.

More importantly, TTAG also insisted that the industry needs to be consulted before any decisions impacting the tourism trade are taken.  To this end, it was suggested a coordination group with the president of the TTAG as an ex-officio member needs to be set up.

Join the growing list of subscribers!
Advertisement
PrevPreviousEverything You Wanted to Know About Uniform Civil Code in Goa
NextGoa Government not in Favour of Removal of Casinos from MandoviNext