Why is Parrikar Continuing to be the CM of Goa Despite his deteriorating Health? 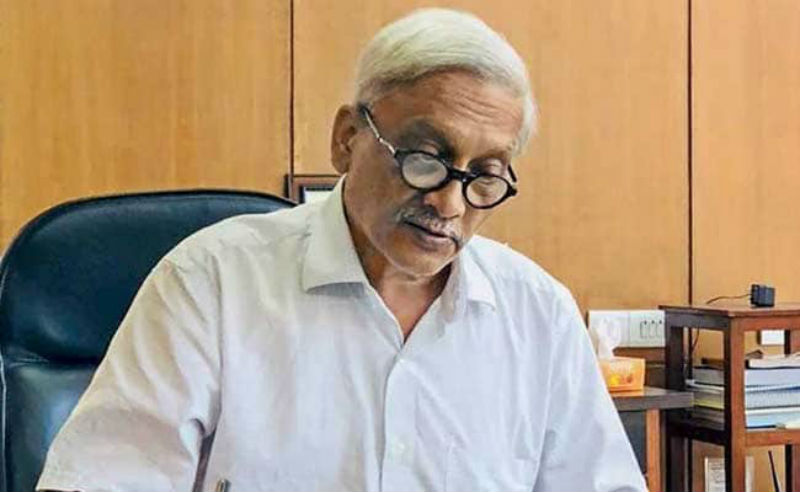 It has been an unsteady boat ride for Goans for months now. Everyone knows that Mr. Parrikar has been suffering from Pancreatic cancer for several months, which is now in its advanced stage. Despite going through all that pain, he has not given up his position as the Chief Minister of Goa and continues to be there doing all his duties right from his hospital bed. There is so much written in the media about Mr. Parrikar and his greed for the CM’s chair. But do you know what may be the reason behind the decision of not giving up his position?

There is no doubt that Mr. Parrikar is an ambitious personality which lead him to the chair of Chief Minister after toppling the Congress government then, and once he started, he has not given up till date. The intoxication of power is something that no-one wants to give up but surely not at the cost of one’s life. Mr. Parrikar was diagnosed with the rare pancreatic cancer after his return from Delhi.

Before coming down to Goa Mr. Parrikar was holding the honorable position of defense minister. But due to the political turmoil in the state, he had to rush back to Goa and from there this entire story began. Everyone is aware that during the last assembly election BJP had to face near defeat in front of Congress yet they managed to form their government in the state, how? It was due to the leadership of Mr. Parrikar.

The Congress had 16 seats while BJP had only managed to get 14. At that juncture, it was clear that Congress would form the next government in the state. But what Congress actually lacked was (and still is) a good leader (Candidate for CM). That opportunity was sensed by Mr. Parrikar and he managed to form the government with the help of their allies.

The allies included the GFP, MGP, and Independents. It was not that these allies wanted to form the government with the BJP alone, but back then they were looking for the best and most stable option, and Congress lacked that quality. There is no doubt that it was only Parrikar who could bring all these people under one banner, it would have been possible by no one else.

Taking a look at the above summary it is clear that the coalition government came into existence due to the presence of Mr. Parrikar in Goan politics, and there is no doubt that if Mr. Parrikar leaves the entire coalition collapses. This could be one of the reasons Mr. Parrikar is not able to vacate his position.

In one of the interviews, Mr. Parrikar gave an example of a Banyan Tree, saying that it does not allow others to grow, something that has happened in his life. He became so big that the party was unable to create another leader and that is the reason the BJP has no option but to keep Parrikar in the game despite his ill health.

The lack of another leader has become the reason for all of the Goan Chief Minister’s suffering. It is not possible to create a leader overnight unless they decide to delegate the position to the next available option outside their party but that option needs to be accepted by all the allies which are next to impossible. Under such conditions how can Mr. Parrikar give up his responsibilities?

It is very much clear that all the development works in the state began in the BJP reign, and the collapse in BJP government means the collapsing of all the ongoing work. Considering hypothetically that a new government comes to rule, will they be in a position to manage the amount of workload created by the BJP government?

Mr. Parrikar knows that he may not be having much time in this hands but he wants to make sure that he holds the fortress till his last breath. The drawback of all this, however, is that while he is in the hospital, the CM’s chair is lying vacant, and most government proceedings that need his nod lie pending. Even though Parrikar continues to hold on to his title in the interest of the coalition and stability of the state, the dormancy of all proceedings do make one question – is the decision right? Yet, one has to appreciate, despite ailing from such a severe illness where people lose the will to live, he continues to carry the weight of his responsibilities.

Disclaimer: The author do not claim to know the exact reason behind this nor do we claim to be correct, but based on the information available from all the reliable sources, he has compiled this article which you are the best judge of.