The Fight against the Cult of the Devadasi, Three young women tell their story 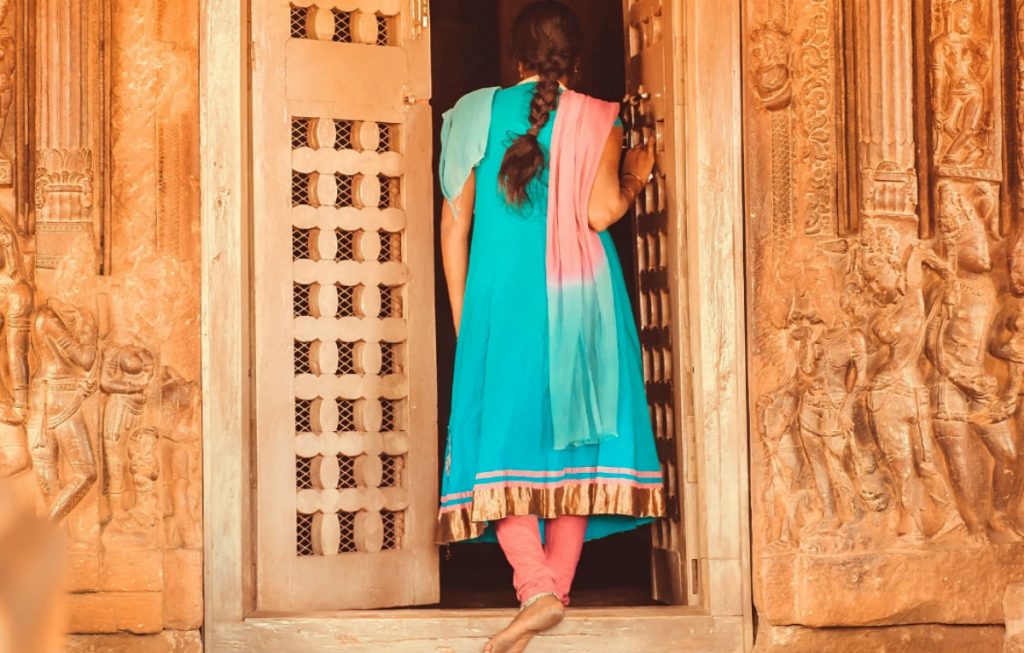 In South India, a Devadasi is a girl “dedicated” to worship and serve a deity or a temple for the rest of her life. There is a special ceremony for this kind of dedication which is similar in some ways to marriage. After becoming Devadasis these young women would spend their time learning religious rites, rituals, and dance. They had children by high officials or priests who were also taught their skills of music and dance.

But this practice has a dark side too. Many of these young women also serve as prostitutes for the male devotees in the temple. Human Rights Watch reports claim that devadasis are forced into this service and in many cases, to practice prostitution for upper-caste members.

Despite being banned by law, there are still many poor families, in parts of India who ‘offer’ they’re daughters to a divinity, thus pushing them into prostitution. Some though, manage to get out of that slavery, with help from NGOs.

It is prevalent in South India especially among the Dalits (lower caste) and extremely poor, to offer their daughter to a goddess. The sad reality is that they are condemned to a life of prostitution.

They go by various other local terms such as Jogini, Basivi in Karnataka, Matangi in Maharashtra and Bhavin and Kalvantin or Kolvontt in Goa.

Arun Pandey of the NGO ARZ, a partner of the Italian WeWorld, says that certain villages still have people who believe that sleeping with these sacred prostitutes as they are called, is a religious practice.

The NGO ARZ is dedicated to rescuing women and children around the world. Pandey works in Goa and states that those who still practice these devadasi systems are those living in poverty.  He further stated that this practice has passed from the village to cities for economic reasons.

“Here in the city of Vasco, there is a whole red light neighborhood of very young Devadasis”, he said.

Three young women tell of their story as devadasis.

Laxmi was offered to the Goddess of fertility, Yellamma at the age of 11. Her mother forced her into it by telling her that her father drank and that there was no food in the house. On the pretext of helping her family, she was given new dresses as well as taken to the hairstylists thus convincing her and she did so in order to save her sister from a similar life.

“I was 11 years old and at home, they had organized a puja. Everything was nice and I was the center of attention.” But when it was over they took her to the house of the lady in charge of a brothel. Much as Laxmi escaped, she couldn’t escape the fate that awaited her when she got home and she was locked in a room with a man.

Laxmi, now 30 says that her life was ruined and despite her sacrifice, her sister Sunita too faced the same fate. Today Sunita is an alcoholic who is destroyed from the inside. “If today she had not been forced to prostitute herself she would have not reached that situation, in which the bottle is her only way to face the pain”.

Another young woman, who didn’t wish to be named calling herself L, was offered to the goddess when she wasn’t even 10 years of age. “My mother and my aunt are devadasis. I lived in the village with my grandmother, studied and was happy. But my mother, who worked in Vasco, asked for a loan of 15,000 rupees from the director of the brothel and, as I could not return it, she called me, telling me to go see her, because she was sick. I did not want to, because it was the time of exams, but she insisted. When I arrived and saw that she was fine, she explained that the aunt had been beaten to death with a chappal [a shoe], and that we had to do a ceremony for her. It was the trick my mother used to become a sacred prostitute. It was enough for three other devadasis to join her in the offering ceremony.”

L was then rescued by one of Pandey’s youth in the NGO, who had reported her case to the police. Much as L feels her life is getting better, she still harbors a lot of resentment against her mother for having made her suffer. She states that life will be better for her children as they will continue with their studies.

Bhimavva another young woman was 14 years old when she was offered to the deity Yellamma. “I was 14 years old and I had never had so many dresses and jewels before. They put the sacred necklace on my neck and repeated Yellama’s name five times. During the following month, nothing happened. But one day they took me to a house and locked me up. Inside was a man much older than me. I ran next to my mother, screaming and crying. But she replied: ‘Your father is an alcoholic, who will take care of your brothers and sisters? You are the oldest it is your obligation”.

Devadasis are not allowed to marry because they are sacred women, but when there are no male children in families, they are allowed to inherit. In a deeply patriarchal culture like India, where the killing of the girl child is still rampant, the poor, uneducated ones see this system as a way out.

These women thankfully found a way out thanks to WeWorld and their initiative of SwiftWash that not only employs Devdasis but also their families and in some cases, people who took care of the brothels.

The work at the laundry does not require any special qualifications, allow women to work together and maintain a constant flow of orders thanks to the many hotels and restaurants dotting the area, and use their services.

Pandey explains, “In the beginning, we were wondering how ignorant prostitutes were going to run their business. Today we have enough work to give not only the devadasi a chance, but also the people who managed the brothels, eradicating the phenomenon and avoiding new victims of trafficking and sexual exploitation”. 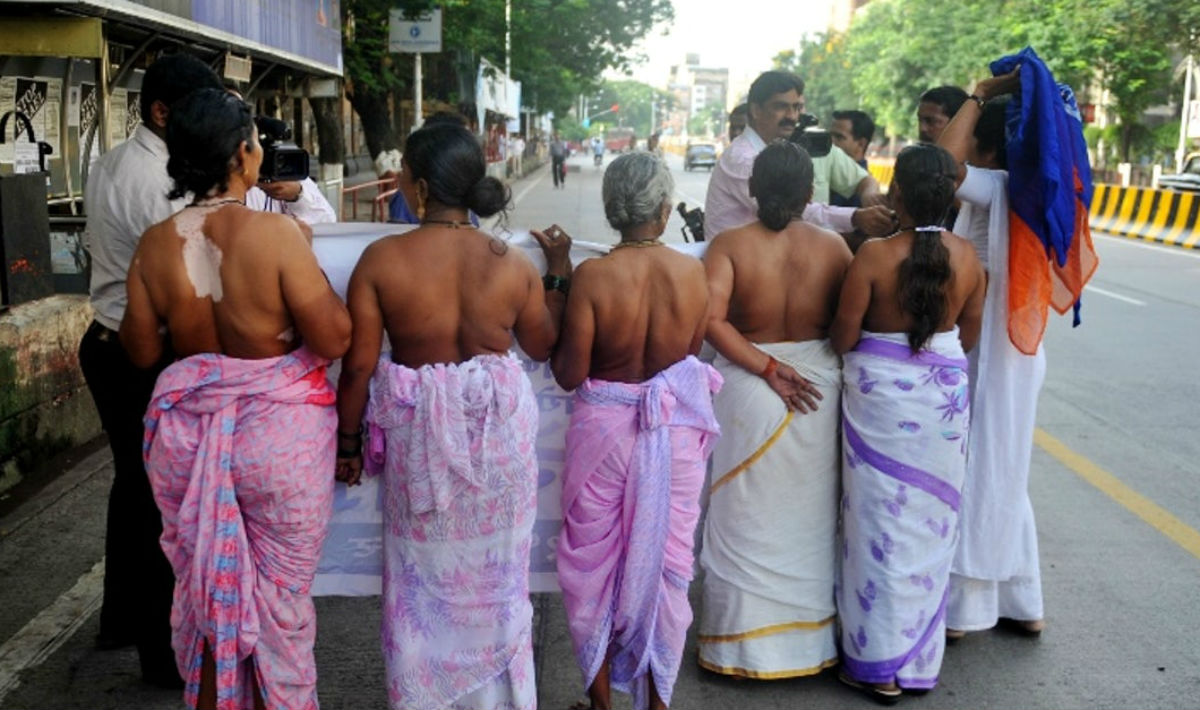 This has proved to be a success as within a span of a few years, this evil practice has disappeared from this place in India.

Juliana Lohar explains that for these women, economic independence, as well as psychological help, is of utmost importance, which allows them to overcome their traumas.

Juliana Lohar is a social worker who keeps track of them, says: “We work with the police, in the rehabilitation centers, with the children and family members, who have to get used to a new situation. We have interested in all civil society and the initiative is paying off. What is it or more difficult? Help the devadasi overcome their guilt and become to feel proud of themselves.

L who is now a supervisor in the laundry says that she can face what life has in store for her and her children will now have a better life.

Bhimavva learned how to read, write, organize shifts, and receive orders at SwiftWash. She also managed to learn the computer and says that she did it all for her son, so that he could be proud of her someday.

Bhimmava’s hard work paid off and her son saw her winning a national award for entrepreneurship, a few months ago.

She concludes with “For me, it was simply something incredible, something that my mind refused to accept. But after receiving the award, Bhimmava states that she worked hard and is now a different woman with a different life than what was originally planned for her.

With one state in India already having a means of employment for these young women who are exploited, it is hopeful that other states too, can achieve such a feat and eradicate this evil system once and for all.