Incredible Goa
Home DEVELOPMENT WHY MOST OF THE INDIANS ARE EAGER TO INVEST IN THE PROPERTIES... 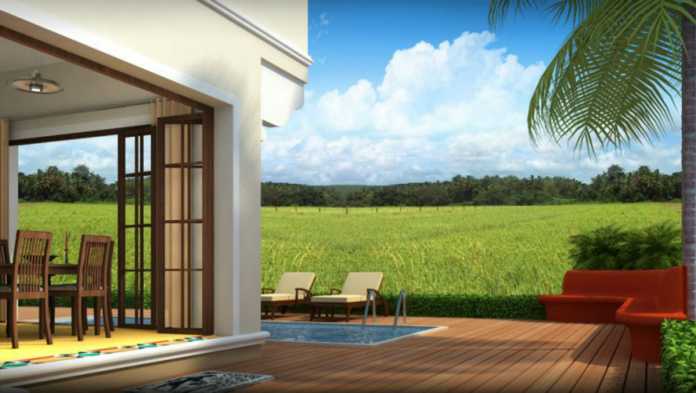 It is not the hidden fact anymore that people from outside Goa have the lion’s share of the investments in real estate in Goa. Buyers from Delhi, Mumbai, Gujarat and other parts of India prefer to invest in Goa and huge investments have been already done by them. Most of the lavish bungalows and star hotels belong the to the businessman who is not Goans. But what is the reason that Goa is on their priority list and what is the investor’s strategy behind these rampant investments? Read the complete story here.

The real estate of Goa started booming in the past decades and land cost had gone beyond the reach of the common man in Goa. The obvious reason behind this was the outside investment which started pouring in the state from the major Indian states like, Delhi, Mumbai, Bangalore, Gujarat, Pune etc. Based on the information available from the sources, The high-flying Indians who prefer to travel within the shores of India are always in a search of weekend homes. And Goa is always on their priority list with many exploring the possibility of having their second home in the state.

The entire development in Goa is the outcome of this demand. “With increasing demand, more and more places are being successfully marketed as weekend home destinations: Lavasa, Lonavala, Alibaug and Igatpuri near Mumbai for weekend getaways, vacation spots like Mussoorie, Ooty, Coorg and Goa, and the likes of Haridwar for the religiously inclined. What attracts buyers in this segment are primarily a serene location with good weather, good infrastructure and the potential for rent back income,” said Ashwinder Raj Singh, CEO, Residential Services, JLL India.

Goa always stands out to be the priority for every buyer because it matches perfectly with the need for them. Goa’s serenity is admirable and its influence of western culture and custom that attracts the Indian tourists back again. Besides all these, the returns on investment can always fetch better rates compared to any other states in India. Goa is not the only place that people look forward to investing into but it is invariably the most sought after holiday destination in the country. The other states that are followed by Goa are Shimla, Kasauli & Kerala.

So what really triggered the demand for weekend homes destinations in an otherwise dormant sector, where unsold inventories have been piling up? “After the basic needs of shelter are met, most people have an inbuilt desire to own properties to use purely for relaxation. Obviously, such properties need to be in the more bracing and beauteous environs than the cluttered, polluted cities.

Because quality hotel rooms in most getaway cities are limited and also very expensive, people like to invest in weekend homes there for short, hassle-free getaways. With the basic luxury factor vested in such locations’ mountains, lakes or religious shrines, these homes provide their owners with quality family time away from their routine city lives and often serve the extended purpose of providing a peaceful post-retirement life,” Singh added.

According to the sources, the investment in Goa is always considered as the second home for the Indian investors. And the properties are purchased by those home buyers who have already owned their primary homes.

“One spends only a limited amount of time per year in a weekend home. Nevertheless, there will be regular expenses on maintaining the property. If one does not wish to put the property on rent, the costs would include keeping a caretaker. Besides, if the property is to be put out for rent throughout the year, there would be expenses on regularly upgrading the basic amenities,” Singh said.

There are many mega projects have been undertaken by major corporate houses like Tatas and Reliance which is coming in the state. With the increase in population which is mainly flowing in from the nearby states in a search of employment or business needs the housing and that has been fulfilled by the big projects that are coming in the state. Goa still has a huge land that is not yet occupied and the same attracts the investors from outside considering this is the most potential market.