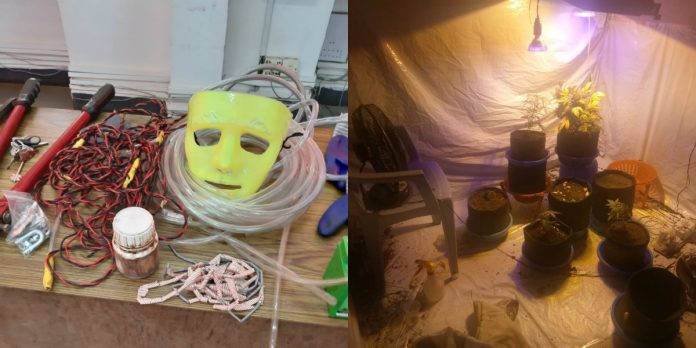 The state of Goa is known for many things. From its pristine beaches to unique culture- from its amazing parties to the cheap booze, many factors led to the popularity of this destination. But unfortunately, this tiny coastal state is also known for many wrong reasons. The image of this coastal bliss is taking a hit due to the recent cases of crimes and violence.

A few years back, Goa was tagged as the safest place to visit in the country which led to the overall hike in the image and reputation of this state and increased the tourist’s footfall, especially women. The liberal nature of the locals and the chilled-vibes of this state is what attracted the tourists who felt free to dress up and have a good time. Goa received millions of foreigners worldwide every year.

Russians and Goa have a link that goes way back to the early 60s. Goa is like a second home to all the wandering souls that come and take shelter in this state. The Russians have a significant influence in the state and it can be noticed in certain parts of Goa. The foreigners often find good opportunities for starting a business and earning income in Goa. Some are legal while some are illegal according to law.

Many Russians have loved and settled here and have also bought lands. According to Goa Prism, with such large settlements of these Russians, a lot of issues are being raised. With rumors of drug and sex rackets run by the so-called “Russian Mafia” the locals are worried about their safety and the authenticity of the state. Goa does seem to have a dark side of rave parties and supply of illegal drugs and with cases of rape and abuse during these times.

How much of the truth is behind the so-called “Russian Mafia” is unknown but the abuse of drugs is a prominent thing among these people. Many cases have been reported in the past wherein foreigners settle in Goa and deal with the business of narcotics drugs. One such case has come into the light yet again. One named, Mr. Ilia Alexsandrovich Shetennikov, aged 30 years was caught cultivating cannabis plants in his residence.

According to sources, on Friday, Pernem Police conducted a raid at Dandos wada Mandrem based on reliable information given. The staff of Pernem Police with the presence of SDPO Mapusa Shri Serafin Dias found Mr.Ilia, Russian national illegally cultivating cannabis in his rented apartment. The Cannabis weighing around 608 grams were worth 65,000/- and was seized by the Police.

On further interrogation with the accused, it was revealed that some foreigners living in the same building were suspected of dealing with drugs. On further investigation based on the information given, it was found that there were more people involved. The police found three other Russian Nationals named Radik Vafin, Evegenni Zakharin, and Igor Markov to be in possession of ecstasy tablets and cocaine.

On thorough investigation with one of the arrested Russian National, Radik Vafin, it was revealed that all the accused were in involved in several ATM thefts around Goa by using Gas Cutter, explosive substances to break open the ATM Machines. They had robbed a cash amount worth Rupees 9, 00,000/- from the Bank of India ATM. The accused showed the Police where they hide the vehicles and tools used for these thefts.

The Police found and recovered, a Blue color Maruti Suzuki Swift and Black color Yamaha FZ Motorcycle and many other tools like Gas cylinders, drill machines, Iron cutter and rods that were used in committing these thefts.

This is not the first time where in foreign nationals are involved in drug rackets and crimes in Goa. There have been numerous cases of drug rackets caught in which many foreign nationals were suspected. Due to such cases, the image of Goa is being spoilt and the state is becoming more unsafe for the locals as well as other tourists.