Travelling to Goa During Taxi Strike? Here is what you should know 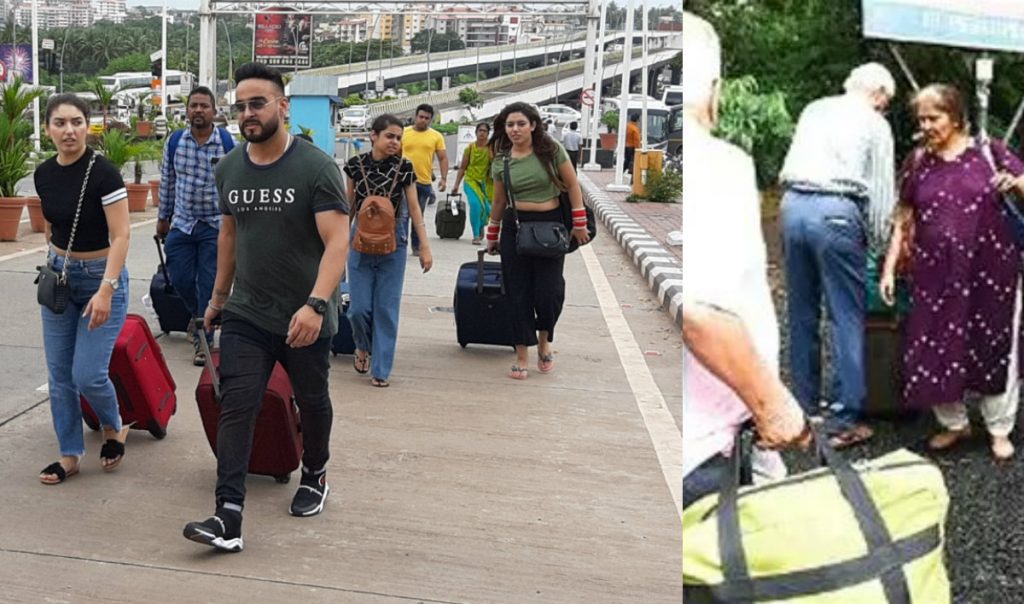 Lots of people travel to Goa during the monsoon since it is the time everyone gets the best deals on hotels and they spend much lesser on the clubs and restaurant compared to what they would otherwise spend during the season but despite all the good things there is one thing that can go wrong is commuting from one place to another. The taxi strike called by the Association of Tourist Taxi Owners of Goa (ATTOG), an umbrella union of taxi drivers with 30,000 affiliated private taxis might turn your travel plans into the regretful experience. If you are traveling to Goa during the taxi strike, here is what you should know…

The taxi union in Goa is leading their way in the business in their own style and on their own terms which led to the entry of the Taxi Aggregator called Goa Miles into Goa market which is the initiative of Goa Tourism autonomous body called GTDC (Goa Tourism Development Corporation). The strike was the result of a logjam after several sets of meetings between the union and the government failed to persuade each side of the other’s argument.

The taxis in Goa remains off the road since Friday in a protest to the Goa Government’s initiative of App-Based Taxi service for the commuters and tourists. Goa’s taxi-owners have a reputation for arbitrariness, and tourists have long complained of extortion by drivers. The government has so far held its ground, but how long? The taxi operators in Goa has always holing the Government and tourists for ransom to fulfill their demands and that are their demands? They do not want any interference of Government on their tariffs, operations, and style of working. But the entry of Taxi Aggregator Service had brought transparency in the rates for the tourist which resulted into loss into the business for the Taxi operators in Goa and that led to strike.

The Association of Tourist Taxi Owners of Goa (ATTOG), an umbrella union of taxi drivers with 30,000 affiliated private taxis, called a flash strike on Friday and by Saturday, it was declared that the strike would be indefinite. Several unions took their cars off the roads with only one demand: “Scrap the government-backed GoaMiles”.

What is Goa Miles? It is a taxi aggregator mobile phone application something similar to the Ola and Uber that functions in the other cities of India. The Goa Miles App was launched by the Goa Tourism Department to provide transparent fares to the tourists and local commuters alike. The App was designed and implemented by a company called Frotamiles Private Limited based in Goa. Earlier this year, it was allowed to aggregate taxis in the category of AGT (All Goa Tourist), yellow-black taxis and AITP (All-India Tourist Permit) taxis, yellow-black motorcycles, and Rent-a-Cab and Rent-a-Bike, as per guidelines formulated by the State Transport Authority.

Now the reason behind the strike is, the so-called 30 thousand taxi operators in Goa had not taken into the confidence while making and launching the app. Meanwhile, the opposition also did not remain behind to encash on the opportunity by supporting the agitating taxi union and blaming the Government for launching the app on PPP model and avoiding the tendering process thereby denying the opportunity to other competitive players.

Meanwhile, the Taxi union thinks that if they use the App then they will lose control over the Taxi Market and that their tariffs will be ruled by the aggregators. The Taxi union does not want regulated fares and believes in charing what is best suited to their needs. The taxi union also believes that if the App-based taxi operation is allowed then it will open the gates for the outsiders who would drive Goa’s drivers and private taxi owners out of jobs. Taxi unions had earlier blocked the entry of Ola into Goa by citing the potential loss of jobs to drivers from neighboring states.

In the midst of all these the tourist who has come down to Goa for a short vacation is suffering the most. The strike which began on Friday put the entire state out of order and the problem escalated on Saturday due to the increase in Monsoon tourism, the rush of inbound tourist increased. Several hundreds of tourists were seen stranded across the state and some of them have forced to either increase their stay or take the help of shared transport.

The airport authority asked airlines to alert passengers leaving Goa to schedule their journeys to the airport with time to spare for possible delays in getting transport. Several hotels arranged for vehicles from private contractors for arriving guests. Goans pitched in by creating a carpool group called ‘Share Your Ride Goa’ on WhatsApp, Facebook, and Instagram. The Chief Minister of Goa had sympathized with the Taxi Operators but he said for him the transparency matters the most. “Government was sympathetic to taxi drivers, but “transparency” cannot be compromised,” said Mr. Sawant offering the eight-day window for the taxi union to either join GoaMiles or make their own app. Sawant stressed the government would not buckle and would expect the unions to ultimately fall in line.

“We are in good tourism. We are not promoting GoaMiles for any political reason. The industry will benefit. Mining died due to short-term goals, and only a few benefitted. Tourism too will die if such measures are not brought in,” he had said in the Assembly earlier in the week. On Saturday night, Sawant warned unions that their licenses would be revoked if they tried to take the law in their hands. A union leader, Bappa Korgaonkar, has already been arrested for allegedly assaulting a GoaMiles driver.

Meanwhile, In view of the strike, all tourists are advised by the Goa government to plan and leave early so as to reach Airport/Bus stand/ Railway station well in time. The Government of Goa has also made elaborate arrangements for the convenience of the Tourists/Public, stated as below:

2. For the schedule of KTCL buses to and from Dabolim Airport, please visit Goa Tourism

4. Help desks have been set up at Dabolim airport where tourists can receive assistance.

So, should you be traveling to Goa right now?

At midnight Saturday, tourists arriving to spend the weekend in Goa continued to wait for long to be picked up for their destinations. By midnight, GoaMiles had clocked 2,300 trips, transporting 8,500 passengers, with the total revenue crossing Rs 10 lakh. Kadamba, the state transport corporation, has designed new routes and is increasing the number of trips from the airport and other transport hubs.

Taxis from the backbone of the tourist transport infrastructure in Goa. More than 8 million tourists, including nearly a million foreigners, visited the state in 2018. This is too large a number to be managed comfortably without finding a way out of the current situation.

The original article was written by Smita Nair for the India Express.