If you have been given the opportunity to do something good for society, you should invest resources available to you to improve the area in which you live. Those born with a silver spoon in their mouths are often the most fortunate, but that fortune also comes with a lot of responsibilities which one should try to fulfil. The world remembers only those who have done something good for society. The story I am going to narrate to you here is about the lady who was born in a well do family and then married into one of Goa’s most respected families. She represents the epitome of being wealthy yet humble and invests her resources for the greater good and for the betterment of society.

People with the good amount of knowledge and financial background prefer to engage in business as it is considered the most respected job one can get into as it not only has potential to make money but also helps the society in various forms. But there is one field in which investment in knowledge helps even more and that is   the field of education. Imparting knowledge is said to be the noblest job in this world and what best way could be then starting an educational institution which will help the upcoming generation to expand their horizons? 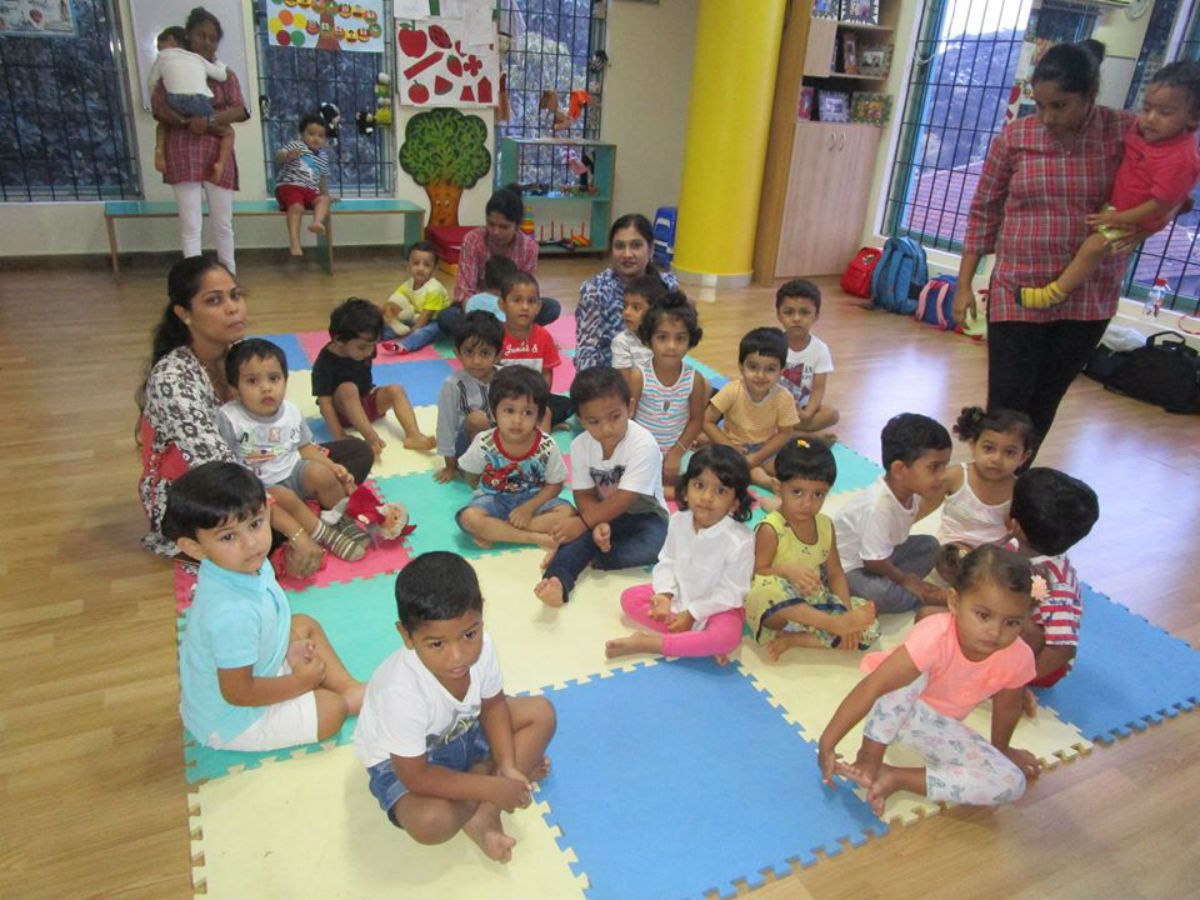 Bhakti Dempo, who runs a school, Dempo Kids, is one such noble initiative which is helping many kids to attain higher standards of education. Bhakti belongs to a business family who completed her graduation in accounts and she is a qualified chartered accountant who presently heads the finance department of Dempo Vision Group, headed by her husband and a part of Dempo Legacy.

“I am originally a Chartered Accountant by profession, I am in the industry but not practising. Chartered Accountants have two options, either get into the industry or they are into their practice,” said Bhakti. “Currently being a part of the Dempo Group, I help the company look after the Finance, so it’s like both ways as I am just sitting on the other side of the table with the auditors and this is a challenge as you need to answer their questions than the other way round.”

According to Bhakti before becoming the part of a Dempo Legacy, she used to help her father run his business. “Before getting married I was working with my father. We were in the Real Estate business and Automobiles, where I was helping with Finances and that was actually the time when I was studying and doing my internship with Mr Satish Dhume, a well-known CA  and after which I travelled to Pune and then got married. So generally I had a background in the field of business and finance,” she narrated.

“Although I belonged to a business background right from the beginning, I always wanted to do something that will return something back to the society but I was not having an idea a what I should be doing,” said Bhakti adding that it was when her son Rajveer was born that she realised that pre-primary education was lacking in the state. “There were good schools in Goa but the pre-primary and kindergarten are not of the standard quality that will provide quality knowledge to the growing kids. In their infancy is when kids acquire most of their knowledge and if that fails the whole future plans fails.” 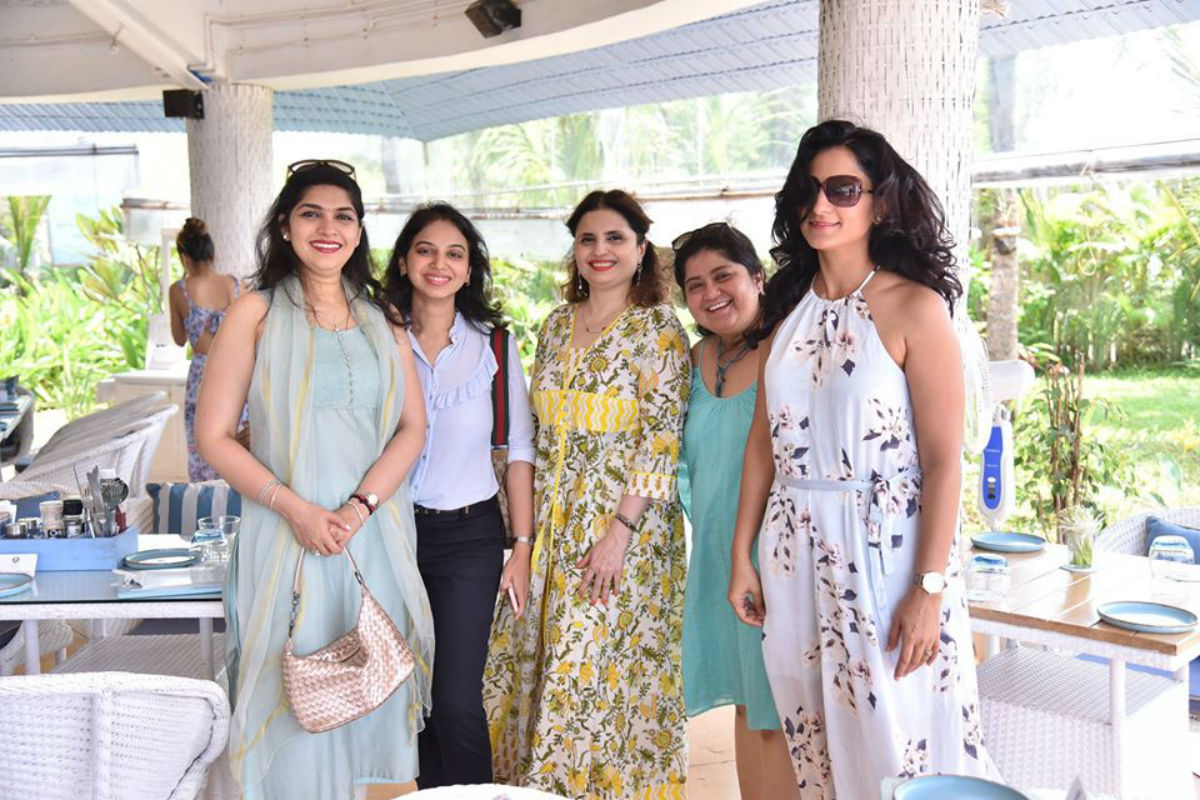 Bhakti felt that though Goa had expanded in all the spheres but not so much in education which remained substandard compared to neighbouring states. “According to me, it is the basic things that people deserve to get in life. In Goa, we might have all the brands in the world at our fingertips, but when it comes to Education we are definitely lacking where the rest of the states in the country seem to have it better. They have an all-round skill development such as Music, Drama, and Sports along with Academics,” she said.

“When my son was about to start pre-school, I hardly had a choice between schools and what was best for him since the main focus of all these schools was bare academics and nothing more,” she averred. Bhakti had left with absolutely no choice but to enrol her son into different places for various activities. “Childhood comes only once and when you want your child to learn something you want expertise and I know I cannot teach him drama and art, but I could teach him mathematics which again isn’t his age to learn at the moment. That’s when I realized the need for a place that will take care of all these things in one place,” said Bhakti.

Although Bhakti realized what is good for her child, she still hardly had any choices to decide from and finally, she put her son into “The Ardee School” situated in Porvorim. “It was perhaps the only option I had with me as this school had a Mother-Child program where I would go with my son thrice a week because the child was really young and that started at around 18 months,” said Bhakti. According to her, this was the process for the child to get accustomed to the school environment helped by mothers being with their children. This was 3 times a week, and for about 2 hours of time and we carried it on for a year, after which he started his playgroup,” she said.

The hassle of commuting clubbed with another incident, she had to shift her son from Adrees to Sharda Mandir but still felt that her child was lacking behind in terms of those activities that would translate into an all-round development and that prompted her to start a playschool for the kids at the premises they had near Miramar.

“I thought of starting up a space for learning for new-born kids, and this is what inspired the idea of Dempo Kids as the initiative It grew slowly as a playschool, as we had support from the parents who encouraged us to grow from the childcare facility to the education side more by opening a pre-school. Originally it was childcare with the essential skills development activities such as Music, Art, and Drama that the schools do not cover.”

Although Bhakti took the initiative and opened the Dempo Kids with many aspirations to impart the quality knowledge to new-borns and toddlers, the major challenge was still standing in front of her and that was the need of quality tutors which Goa was lacking. But she decided to solve this problem by bringing in trainers from outside Goa to coach the local tutors in understanding the quality of education and imparting of knowledge to the kids.

“Training the staff was very important, which was essentially the first challenge. It is difficult to have a well-functioning play school if the teachers are not acquainted with the skills enough so it was about training the teachers as we had to bring trainers from outside to teach them” she said adding that “I believe that children are our future and if we do not invest in them today then our future is really blurred. We are settled into this field for the last 4-5 years.”

Bhakti has a bigger plan for her venture but according to her it is not the right time to talk about the same but the idea of expansion is there in the back of her mind. Her idea is to upgrade the level of education in the state which is lacking. “The standard of places such as Bangalore and Pune are high because they consider all the necessary things that go into education,” she said adding that Goa also needs such benchmarks. “Goa can be the next education hub as we have a good amount of place, the weather is perfect as we need are the right factors to build the right schools and colleges.” 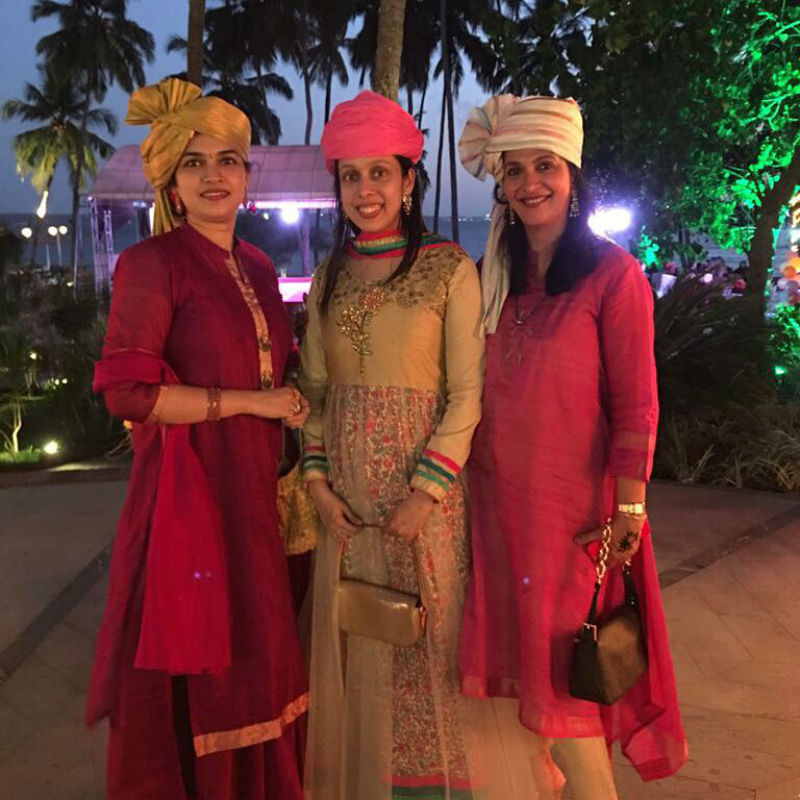 According to Bhakti, a legacy comes with responsibility and it becomes more important for us to handle the things with much care. “When you want to set up something different it requires a lot of efforts. Goa has a lot of potentials to grow into an education hub, but the need to concentrate on the quality of education is also important. Education is something that has to be given a lot of emphasis by all the department that functions in the state and the country,” she said.

Finally, Bhakti wants to tell every woman out there that struggle is a part of a woman’s life and she needs to learn to balance her private and work life. “I guess for all-round development of an individual one should always pursue one’s dream no matter how difficult it is. According to me women should go ahead and pursue their dreams, no matter what. Sacrificing those dreams isn’t a good idea because this is the only life we have and one has to live up to it and to the fullest which is very important.”

Rajesh’s long journey began with an early realization of his writing skills and nearly a superhuman power of vivid imagination; which together led to the birth of a successful media portal. His never-ending spree of learning has made him efficient in varied fields like coding, designing and also marketing. He fuels himself with continuous reading being a history fanatic and bouts of music and movies. Acting as a one-man army he prizes work over almost everything.
Subscribe
Login